Airtel launches JioFiber rival as India’s broadband battle hots up | IPTV | News | Rapid TV News
By continuing to use this site you consent to the use of cookies on your device as described in our privacy policy unless you have disabled them. You can change your cookie settings at any time but parts of our site will not function correctly without them. [Close] 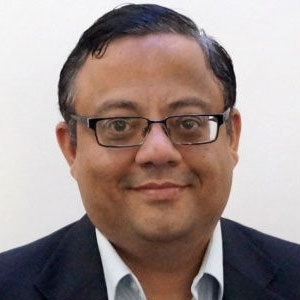 Airtel Xstream Fibre offers unlimited broadband at 1Gbps for INR3,999 a month. The bundle also offers unlimited landline calls to any network in India along with exclusive benefits, such as three months free subscription to Netflix, one year Amazon Prime membership and access to premium content from ZEE5 and the Airtel Xstream digital entertainment app.

In comparison, JioFiber subscriptions have a INR699 starting point rising to INR8,499 a month, with broadband speeds ranging from 100Mbps to 1Gbps, depending on the plan.

“With the growing proliferation of 4K HD content, high end online gaming and IoT, we have introduced the 1Gbps Airtel Xstream Fibre for connected homes and premises where multiple users and devices are online concurrently. Along with Airtel Xstream devices and applications, our latest fibre offering will deliver an end-to-end experience to customers with blazing fast speeds and all the content you need on a single platform,” said Sameer Batra (pictured), CEO - Broadband, Bharti Airtel.

The move follows the recent launch of the telco’s converged digital entertainment service: Airtel Xstream. For this, Airtel has launched an Android-based over-the-top (OTT) smart stick and an Android-based 4K hybrid smart box that brings satellite TV and OTT content together onto the TV screen, in effect turning a regular TV into a smart TV. Going forward, the devices are envisaged as an IoT gateway for enabling a range of solutions for connected homes.
Tweet