The Movie Studio launches mobile app | Mobile | News | Rapid TV News
By continuing to use this site you consent to the use of cookies on your device as described in our privacy policy unless you have disabled them. You can change your cookie settings at any time but parts of our site will not function correctly without them. [Close]

OTT service The Movie Studio has launched a mobile app, available in the Google Play Store and Apple App Store. 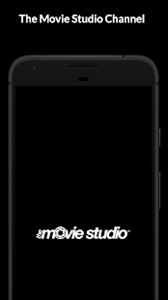 According to new figures from Digital TV Research, global online TV  episode and film revenues reached $68 billion in 2018, up from $51 billion in 2017 and up by $30 billion on 2016. Subscription video on demand (SVOD) became the largest OTT revenue source in 2014, when it overtook advertiser video on demand (AVOD). SVOD’s share reached 53 percent last year.

The company said that the app could accelerate The Movie Studio content and business model with a “unique subscription-based platform currently not implemented by any other independent motion picture company.”

“The Movie Studio intends to launch our app eminently with the catalyst on individuals interested in watching and possibly participating in our independent movies with our slogan, ‘Watch our Movies be in our Movies only $2.99 a month!’ And, ‘Everyone’s a Star,’ utilising media influencers and social medial to drive traffic to the app that are interested in being in independent movies,” said Gordon Scott Venters, president and CEO at the Movie Studio.