LaLiga finalises UK & Ireland rights deal for 2019/20 | Deals | News | Rapid TV News
By continuing to use this site you consent to the use of cookies on your device as described in our privacy policy unless you have disabled them. You can change your cookie settings at any time but parts of our site will not function correctly without them. [Close]

British and Irish Spanish football fans are breathing a sigh of relief after the governing body of Spain’s football league, LaLiga, has, three games in, completed its rights package for the rest of the current season in the UK and Ireland. 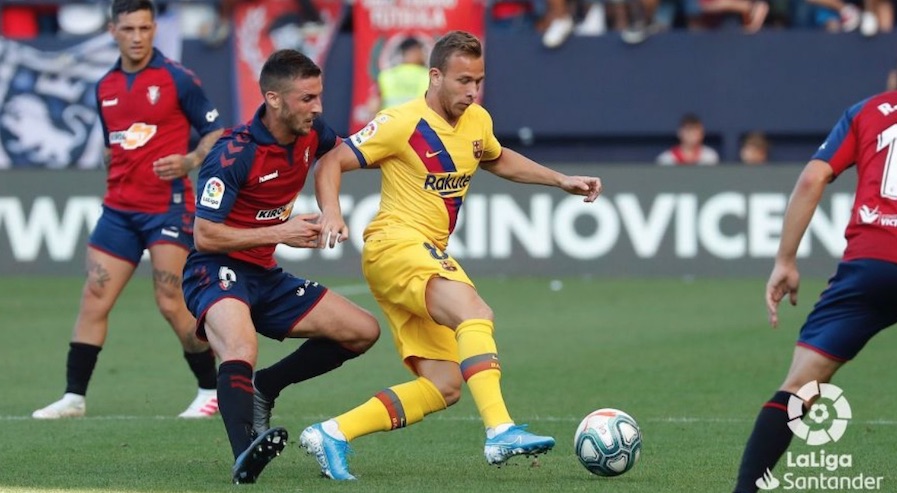 The new deal will see LaLigaTV — which broadcasts 24/7 in HD and carries all matches from Spanish top-flight LaLiga Santander — launch on Premier Sport’s Premier Player OTT service in October and Sky TV platform by January 2020. It will also see LaLiga will become the first football league in the world to have a dedicated 24/7 channel showing all live matches in the UK and Ireland.

The first three games of the season had been shown live on ITV4 and the ITV Hub LIVE online video service and now Premier Sports will air a full slate of live games from LaLiga Santander across Premier Sports 1 and 2 HD channels during upcoming Matchdays 4 and 5, followed by match coverage thereafter. After this LaLigaTV will join the Premier Sports bundle on Sky TV. LaLigaTV will also be available as a standalone subscription option on various platforms.

Additionally, from 16 September, the free-to-air channel FreeSports will broadcast select match content as well as the LaLiga Highlights Show, a weekly programme covering the highlights of every match following each round of fixtures, including each week’s best goal, best save and best player.

Commenting on the deal, LaLiga President Javier Tebas said: “LaLiga is enjoyed across the globe, with an especially passionate fanbase in the UK and Ireland. Through our long-term partnership with Premier Sports, we’re happy to give fans of Spanish football a chance to enjoy LaLiga’s world-class content in a variety of formats, including via OTT and Premier Sports’ linear TV offering, as well as our own dedicated English-language channel, LaLigaTV. We trust that football fans across both these territories will enjoy unprecedented access to the best league in the world.”

Richard Sweeney, CEO of Premier Sports added: “We are thrilled to be announcing this truly unique and game-changing agreement with LaLiga that signals the beginning of an exciting new chapter for Spanish football in the UK. We are extremely proud to be partnering with LaLiga to begin broadcasting the world’s greatest league to UK and Ireland viewers on Premier Sports and via the soon to be launched LaLigaTV channel.”

LaLigaTV will be made available by Premier Sports as part of its channel bundle on Sky TV and the Premier Player OTT streaming service for £11.99 per month or £99 per year. Pricing and launch date on Virgin TV, which includes Premier as part of its TV bundle, is yet to be confirmed. Fans will also have the option to add LaLigaTV as a standalone service via Premier Sports, priced at £5.99 per month or £49 per year, once the channel is officially launched on Sky TV and the Premier Player during the coming weeks.