Netflix commits to Korean content with 10 new originals | VOD | News | Rapid TV News
By continuing to use this site you consent to the use of cookies on your device as described in our privacy policy unless you have disabled them. You can change your cookie settings at any time but parts of our site will not function correctly without them. [Close]

Netflix has announced it is investing in more than 10 new South Korean originals, covering a range of themes from romance to science fiction, to showcase the country’s storytelling prowess. 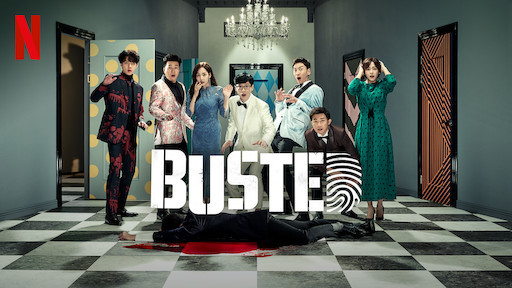 In addition to new titles such as supernatural action drama The School Nurse Files, the slate includes returning seasons of Kingdom and unscripted variety show Busted, featuring Yoo Jae-suk, Lee Kwang-soo and Kim Jong-min. The company is also working on a drama called Round Six, to be produced by award winning director Hwang Dong-hyuk.

“Asian content  has found fans around the world transcending languages and borders, and we are humbled to work with some of the finest creators and talent here in Korea and all over the region,” said Rob Roy, vice president - content, Netflix APAC.

“Whether it is a story about a Joseon crown prince saving his kingdom from zombies or a school nurse protecting students with her supernatural gift, each show is about how the TV form is helping to realise the artistic visions of Korean creators, and Netflix is honoured to bring these stories to the world, bringing their creative visions to life on the screen.”

New Korean content for Netflix includes Extracurricular, a story of high school students who become tangled in a series of conflicts and events that challenge human values and morality; and stand up comedy from popular comedian Park Narae: Glamor Warning.

The second season of Kingdom continues the story about the crown prince fallen victim to a conspiracy, setting out on a journey to unveil the evil scheme and save his people from a strange plague that renders the infected immune to death and hungry for flesh. Another title My Holo Love has also been announced by the US video streaming giant, with details to follow later this year.

Based on a popular Korean novel by Jung Se-rang, The School Nurse Files tells the story of a newly appointed high school nurse who discovers secrets and mysteries with her supernatural abilities of chasing ghosts. Jung Yu-mi (Train to Busan, Live, Discovery of Love) will play the role of Ahn Eun Young, who faces herself in various supernatural phenomenon and uses exorcism in a unique yet comic way. The series will be directed by Lee Kyoung-mi (The Truth Beneath, Crush and Blush).