Discovery-Magnolia JV names first senior execs | Major Businesses | Business
By continuing to use this site you consent to the use of cookies on your device as described in our privacy policy unless you have disabled them. You can change your cookie settings at any time but parts of our site will not function correctly without them. [Close]

Discovery’s still-unnamed joint-venture with Chip and Joanna Gaines of the Magnolia design company has named Donna MacLetchie, Julie Morris and John Marsicano to kick off its executive team. 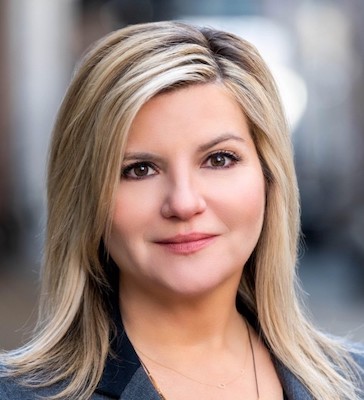 MacLetchie has been named GM, programming, where she’ll lead the network’s programming and production efforts, managing teams in Knoxville, Tenn; New York; and Texas. She brings with her nearly two decades of experience in creating and producing lifestyle and competition formats including Food Network Star, Queer Eye, Rachael vs Guy: Celebrity Cook-Off and Buddy vs Duff, to name a few. She comes to Discovery from Jane Street Entertainment, a full-service production company she co-founded in 2011.

And finally, Marsicano has been tapped to lead publicity and communications strategy. As head of PR for the new network, he will manage teams in New York and Texas. Marsicano joins Discovery from the Gaines’ team at Magnolia, where he led publicity efforts for couple and their home and lifestyle brand. In his new role, he will continue to represent the Gaineses directly.

“I am thrilled to officially welcome three key members of our senior team,” said Allison Page, president of the JV. “Having worked with Donna for over a decade, she's proven to have a keen eye for identifying talent and developing formats, and her passion and energy knows no bounds. Julie is a gifted manager and brings a deep understanding of the audience — she knows how to draw in viewers. And John's insight into the Magnolia brand and the wider entertainment landscape is simply remarkable, and we are so excited to have him joining the network team. I’m very much looking forward to all that’s ahead for this team.”

Earlier this year, Discovery and Magnolia agreed to launch a media joint venture. The multiplatform media company will comprise a linear television network and TV everywhere app to be unveiled in late 2020. Additional appointees, programming details and official network name will be announced in the coming months.