Globo’s Arunas to stream for free to celebrate Amazon Day | Programming | News | Rapid TV News
By continuing to use this site you consent to the use of cookies on your device as described in our privacy policy unless you have disabled them. You can change your cookie settings at any time but parts of our site will not function correctly without them. [Close]

Globo’s Arunas to stream for free to celebrate Amazon Day

To celebrate Amazon Day on 5 September, Globo and Maria Farinha Filmes will make their Amazon conservation drama free online for a week. 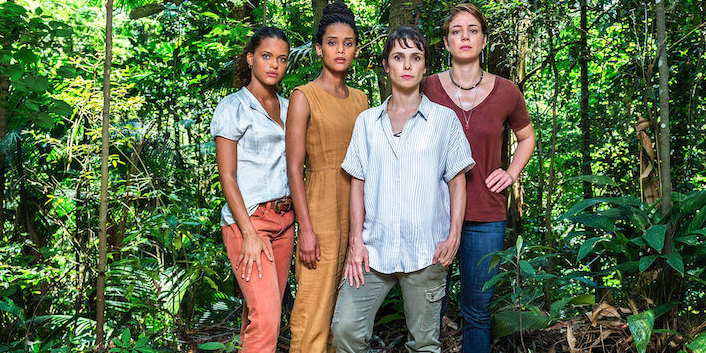 The Amazon rainforest holds 90 billion tons of carbon, the equivalent to a decade of global greenhouse gas emissions. It also stores 20% of the fresh water supply on the planet and is home to over 50% of the planet’s biodiversity, with over 10 thousand species of plants.

However, in the last 12 months, between January and July, deforestation of this forest increased 15%. And, in 2019, Brazil continues occupying one of the first positions on the rank of nations that kill most environmental defenders, the companies said.

Intending to show the complexity in the work of defenders of the environment and the scope of illegal forest deforestation, the series Aruanas is written by Estela Renner and Marcos Nisti, with the collaboration of Pedro de Barros.

In the show, three idealist friends start the environmental NGO Aruana and investigate the activities of a mining company that works in the state of Amazônia, where strange facts occur: anonymous help calls, people getting sick in mysterious ways, murders and threats to native tribes. The activists, each on their own investigative path, create a mosaic of evidence that leads to a big scheme of crimes involving illegal mining and a renowned national mining company. While they unveil a dangerous web of crimes and secrets, these women need to deal with their own ghosts and personal drama.