Thai drama to air on Korean TV following JKN Global deal | Deals | News | Rapid TV News
By continuing to use this site you consent to the use of cookies on your device as described in our privacy policy unless you have disabled them. You can change your cookie settings at any time but parts of our site will not function correctly without them. [Close]

Korean pay-TV operator TRA Media has acquired 265 hours of content for its pay-TV channels from JKN Global, in a deal which will take Thai drama to South Korean TV for the first time. 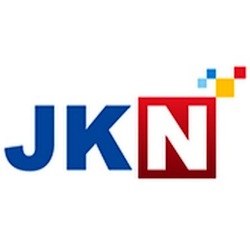 “Being the first Thai content to broadcast on Korea’s Smile Plus and TVA Plus channels is one of our greatest prides,” said Ariya Banomyong, president of BEC World Public Company. “This shows that not only has our quality content been accepted internationally, but it also leads to opportunities for Korean viewers to explore more about Thai culture, food, costume, and many beautiful attractions in Thailand through our content. We hope it encourages Korean people to visit Thailand.”

Anne Jakrajutatip, CEO of JKN Global Media said: “South Korea has been able to export its content globally with resounding success, so it is a great honour to bring Thai dramas to South Korea. It reflects the high standards of Thai productions, how Thai producers have evolved their storytelling to appeal to a highly sophisticated market like Korea.

“I am confident the Korean audience will enjoy the mega-hit dramas that have been selected by TRA Media, and its success will earmark the demand for more top-class Thai contents in many more markets in Asia and beyond,” she added.

BEC World already distributes its content in China, the Philippines, Malaysia, and Singapore.