Airtel confirms new converged entertainment platform | Infrastructure | News | Rapid TV News
By continuing to use this site you consent to the use of cookies on your device as described in our privacy policy unless you have disabled them. You can change your cookie settings at any time but parts of our site will not function correctly without them. [Close] 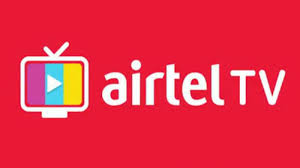 The new service is described as being part of Airtel’s vision of building a ‘world-class’ digital entertainment ecosystem for India, accessible to customers through what the telco says are ‘innovative devices and exciting applications.’

Airtel Xstream will bring together satellite TV channels and a library featuring tens of thousands of film and TV shows — from content partners such as ZEE5, Hooq, Hoi Choi, Eros Now, HungamaPlay, ShemarooMe, Ultra and Curiosity Stream — in English, Hindi and multiple Indian languages plus access to popular over-the-top (OTT) entertainment apps on one platform.

The service will be enabled across a number of devices such as TVs, PCs and smartphones with a unified user interface. One of the key new devices will be an Android 8.0- based OTT device, the Airtel Xstream Stick, designed for plug and play experience and which comes with a single subscription plan that provides access to the content options. It also will provide access to Netflix, Amazon Prime Video other Google Play Store applications to enable users to download any app of their choice.

Another new option is the Android 9.0-based Airtel Xstream 4K Hybrid Box which brings together satellite TV and OTT content onto a TV screen, offering the capability says Airtel of making any regular TV a smart TV. Along with the option to choose from 500 plus TV channels, the Airtel Xstream Box comes pre-installed with Airtel Xstream app (10,000 plus movies and shows), Netflix, Amazon Prime Video, YouTube and Airtel Store for advanced gaming with high end graphics. The box has Wi-Fi and Bluetooth connectivity and built-in Chromecast and is accessed through a universal remote that features Google Assistant based voice search and hot keys for Netflix, Amazon Prime Video and YouTube.

Commenting on the launch of the new service, Bharti Airtel chief product officer Adarsh Nair said: “Airtel is on an exciting mission to provide a broad array of digital services and platforms that can form the foundation for a rising India. As part of our digital entertainment play, our vision is to truly massify digital entertainment and make it accessible to more and more customers through innovative platforms. Today, we are announcing India’s first converged entertainment platform...Digital India is transforming the way content is being consumed over internet connected devices. Airtel Xstream will cater to needs of a new generation of consumers who are looking for seamless and converged entertainment across multiple screens at home and on the go.”