IN10 launches DocuBay SVOD service globally | VOD | News | Rapid TV News
By continuing to use this site you consent to the use of cookies on your device as described in our privacy policy unless you have disabled them. You can change your cookie settings at any time but parts of our site will not function correctly without them. [Close]

Mumbai-based IN10 Media is now offering global subscriptions to its video-on-demand streamingservice DocuBay. 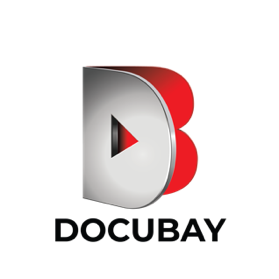 Providing documentary films across genres such as travel, culture, nature, adventure, sports and biography, DocuBay is now available in more than 180 countries on iOS and Android-based platforms, Google Play, Apple TV and Fire TV as well as through the DocuBay website.

A premium membership, charged quarterly at US$/GBP/EUR 9.99, allows viewers to stream any film in the platform’s library with a limit of three downloads to watch later. Alternatively, an annual OneTribe membership costs USD/GBP/EUR 29.99, and also includes access to 4K titles, the ability to screen on two devices simultaneously, and unlimited downloads.

Films are categorised by genre, under sub sections such as NatureBay, ScienceBay, and CultureBay, along with features including DocuBytes, which will preview short clips of selected features; DailyBay, showcasing the release of the day; DocBuster, highlighting a select title every month; and TrendingBay, featuring relevant films from trending topics.

All documentaries are available in English, with a new film released on the platform every day, including premium titles recently acquired through partnerships with Journeyman Pictures, Kwanza , and Ananda Media.

"IN10 Media is a network driven by the engine of quality content. Mobile connectivity reaching out to the farthest corners of the globe, provides a previously unimaginable potential for building businesses by capitalising on demand made scalable through global affinities. As a premier destination for premium documentary films, DocuBay addresses precisely such an untapped gap and will soon look at adding further value to its members through producing originals as well,” said Aditya Pittie, managing director, IN10 Media.

COO of DocuBay Akul Tripathi added: "Documentaries have traditionally been an overlooked genre, though it is a brave one. Created on the back of filmmakers who often risk their lives to shed light on stories that might otherwise never be told. With DocuBay's launch, there's finally a home for a new generation of independent voices - a platform built to share, uplift, and inspire without boundaries of language, race, geography, or nationality. DocuBay is a global community, and through these incredible stories, we truly are One Tribe."
Tweet