Nielsen: 120.6 million US TV homes for the 2019-2020 season | Media Analysis | Business | News | Rapid TV News
By continuing to use this site you consent to the use of cookies on your device as described in our privacy policy unless you have disabled them. You can change your cookie settings at any time but parts of our site will not function correctly without them. [Close]

The latest National Television Household Universe Estimates from US measurement and research firm Nielsen has found a small increase in the number of people receiving traditional TV signals for the coming TV season. 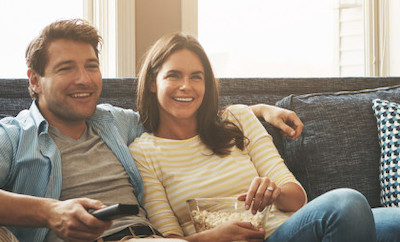 In its calculations, Nielsen uses US Census Bureau, combined with information from its national TV panel, to arrive at Advance TV Universe Estimates in early May. The 2020 National Universe Estimates are said to reflect real changes in population since 2019 and updated TV penetration levels, differentially calculated for qualifying market break and age/sex demographic categories. Nielsen applies TV penetrations to convert the total household and population estimates to TV households and persons therein.

Nielsen’s national definition of a TV household states that homes must have at least one operable TV/monitor with the ability to deliver video via traditional means of antennae, cable set-top-box or satellite receiver and/or with a broadband connection.

In all the analysis found that there were 120.6 million TV homes in the US for the 2019-20 TV season, with the number of persons age 2 and older in US TV households estimated to be 307.3 million, a 0.6% increase from 2019. The research also identified increases in US Hispanic, Black and Asian TV households due to estimated increases in population growth.

Additionally, the percentage of total US homes with televisions receiving traditional TV signals via over-the-air, cable, DBS or telco, or via a broadband Internet connection connected to a TV set is currently at 96.1%. That shows an increase of 0.2 percentage points from the 95.9% estimated for 2019.