OTT video increases market share in India | Media Analysis | Business | News | Rapid TV News
By continuing to use this site you consent to the use of cookies on your device as described in our privacy policy unless you have disabled them. You can change your cookie settings at any time but parts of our site will not function correctly without them. [Close]

More than half (55%) of Indians now prefer to watch TV shows, films and other content on over-the-top (OTT) video platforms, according to a new survey. 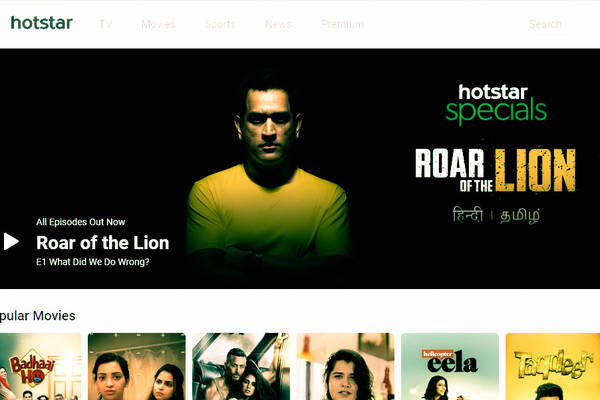 Direct-to-home (DTH) TV is still preferred by 41% of respondents to the MoMAGIC survey, which was conducted between June and mid-August, drawing on the views of 7,500 people.

"OTT is way ahead with mobile becoming the be-all. But brands and marketers can''t discount DTH. With more than 40 per cent still preferring DTH, it's still a long way to connect with the ‘Other India’ and that''s what presents an opportunity and market for companies to tap," said Arun Gupta, CEO and founder, MoMAGIC Technologies.

"We expect OTT to grab additional share, but DTH will continue to remain relevant. There will be segmentation, but the generation accustomed to DTH will continue with that whereas the Gen Z will be aligned to OTT,” he said.

Star India’s Hotstar was the preferred online platform by 41% of respondents, while 26% selected Amazon Prime Video and 9% chose Netflix.

According to survey, 85% of people have watched content at least once on Hotstar, Amazon Prime, Netflix, Voot, SonyLIV, or ZEE5 in India in the last six months.

Mobile devices were the preferred medium to watch OTT content by 70% of respondents, due to convenience and low data rates. Original and platform-exclusive content was preferred by 31%, closely followed by sports for 30%, then movies for 19% and TV shows for 18% of respondents. Favourite genres were comedy (45%), action (23%), drama (19%) and horror (13%).