B4U scores ratings hat trick | Ratings/Measurement | News | Rapid TV News
By continuing to use this site you consent to the use of cookies on your device as described in our privacy policy unless you have disabled them. You can change your cookie settings at any time but parts of our site will not function correctly without them. [Close]

Bollywood film and television network B4U has made a significant ratings impact across its offerings, according to data from BARC. 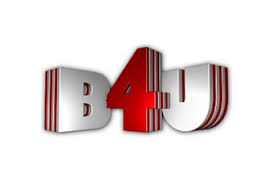 The network recently launched B4U Kadak as its premium offering in the Hindi movie genre and B4U Bhojpuri in the Bhojpuri movie genre.

B4U Kadak is a Hindi movie channel targeted at urban and rural audiences in the HSM market with a bank of popular Bollywood and South Indian dubbed movies, with a promise to offer 101 world television premieres.

B4U Music, the flagship channel of B4U Network specialises in Bollywood music, aiming to appeal to the younger generation. It has led the category in the past four-week average as the No 1 music channel in the genre.

BARC has found that both channels, along with B4U Music, have been rated No 1 in their respective genres as per the  BARC report of Week 32.

B4U Kadak topped the ratings with 553 million impressions, followed by Sony Max at 393 million and Star Gold at 358 million.