Rugby World Cup aims high in broadcasting innovation | Infrastructure | News | Rapid TV News
By continuing to use this site you consent to the use of cookies on your device as described in our privacy policy unless you have disabled them. You can change your cookie settings at any time but parts of our site will not function correctly without them. [Close]

With a month to go until the Rugby World Cup kicks off in Japan, Asia’s first tournament is aiming to set new standards in rugby broadcast production, provide a record global footprint and attract new fans and showcase the sport in higher quality than ever before. 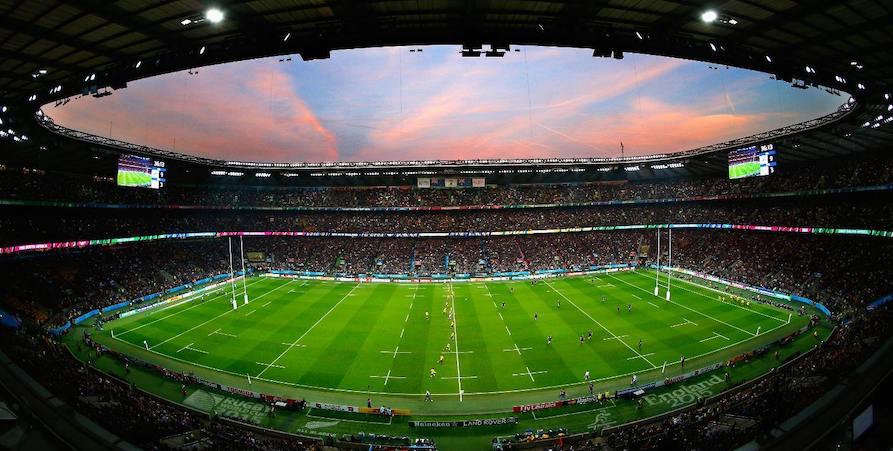 Underscoring its mission to expand the sport's reach, Japan 2019 is the first Rugby World Cup where broadcast production has been completely produced and controlled by World Rugby, which has teamed up with International Games Broadcast Services (IGBS) for the event.

With World Rugby committed to a broadcast strategy of reaching its widest possible audience, Japan 2019 will reach the broadest ever rugby audience, with the tournament broadcast to more than 800 million households in 217 territories, surpassing the 683 million homes record in 2015. World Rugby will also provide a streaming offering for markets where broadcast deals are not operational.

A total of 34 cameras will cover all angles for the semi-finals and the final, rising from the 28 and 23 camera plans used for other categories of matches during the six-week tournament. For the first time for the Rugby World Cup, coverage will be offered through multiple feeds in multiple formats, meaning broadcasters will have the opportunity to tailor content and transmit the tournament in Ultra HD/4K format. Meanwhile, 8K coverage will be offered to the Japanese domestic market via NHK which already has a dedicated 8K channel.

Augmented reality (AR) graphics will be incorporated into the coverage, to be deployed for 34 of the 48 matches for elements such as team line-ups, player comparisons, statistics and tables. IGBS will also provide a range of content, including infographics for the @rugbyworldcup social and digital platforms. Hawk-Eye Smart Replay technology will be used in the areas of television match officials, medical and fan engagement. World Rugby will also geo-target fans via the official tournament and app, ensuring that everyone knows when and where to tune in to the matches, while exclusive behind the scenes and daily digital and social media packages will keep fans entertained between matches.

World Rugby chairman Sir Bill Beaumont said: “Our mission is to grow the global rugby family and our Rugby World Cup 2019 broadcast plans reflect that mission ñ providing more content to more people with more innovation than ever before. We are excited that new standards will be set in the broadcast and social media presentation of Rugby World Cup, as fans will experience the action from more angles and feel even closer to the world’s top players and the stories that will mark an historic and very special event.”

IGBS co-project director Dan Miodownik added: “We identified the areas where we could enhance the experience and looked at the ways in which we could deliver more content and in ways that rugby viewers have not seen before. By matching World Rugby’s ambition with our experience, I believe we have achieved that objective. It is going to be an exciting project.”