Fugitive forges factual deals, expands management team | Deals | News | Rapid TV News
By continuing to use this site you consent to the use of cookies on your device as described in our privacy policy unless you have disabled them. You can change your cookie settings at any time but parts of our site will not function correctly without them. [Close] 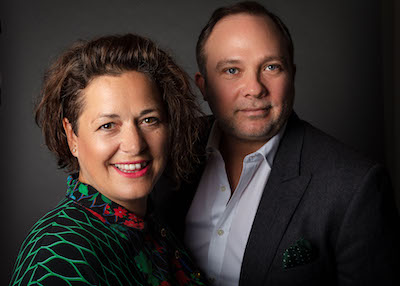 Joining Fugitive on 1 September, Ross (pictured, left) joins from NENT Group where she was vice president of formats, working closely with both UK-based and international content producers sourcing and developing formats, such as Red Arrow International’s Buying Blind and ITV Studios’ Love Island, for the group’s channels across Europe.

Prior to this she was at ITV Studios as vice president of format sales, responsible for the international roll-out of breakthrough hits such as Come Dine With Me and I’m A Celebrity Get Me Out of Here. She also spent over 10 years working in production for leading UK producers and broadcasters, including ITV, BBC and Channel 5.

In her new role, Ross will work with founder Anthony Kimble to grow the non-scripted side of the business, focusing primarily on consultancy and development for producers, as well as distribution, co-production and pre-sale strategies.

“Merrily is one of the leading lights in the international formats business and has the most incredible experience, gleaned from working in major companies and across some of the best known brands in the marketplace,” Kimble remarked. “With Fugitive growing apace, I am delighted to have her working alongside me, bringing her unique knowledge and perspectives on the world of factual entertainment, and I can think of nobody better to help me expand the business.”

Ross added: “Fugitive is successfully plugging a gap in the market for nimble, 360-degree content support, and has got off to a flying start with wonderful clients and exciting projects. I am thrilled to join the business in its early days; I’ve known Anthony for a number of years and really look forward to working with him to build Fugitive.”

On the subject of the two new deals, the first is with Critical Content with whom Fugitive will be seeking pre-sales for its 8 x 60’ documentary series K9 - Police Dog Boot Camp, co-produced with Dana Brunetti’s (Captain Philips, The Social Network) and Keegan Rosenberger’s Cavalry Media. The doc covers stories about dogs and their handlers working in US police departments, as well as US armed forces deployed around the world. The second deal is with the UK’s Outline Productions for an as yet undisclosed series.