Digital drives US home entertainment past $6BN in second quarter | Media Analysis | Business
By continuing to use this site you consent to the use of cookies on your device as described in our privacy policy unless you have disabled them. You can change your cookie settings at any time but parts of our site will not function correctly without them. [Close]

Digital drives US home entertainment past $6BN in second quarter

The Mid-Year 2019 Home Entertainment Report compiled by members of the US Digital Entertainment Group has found that overall US home entertainment spending rose nearly 7% in the second quarter of 2019 and demand for online films driving overall digital revenue to grow 16% year-on-year. 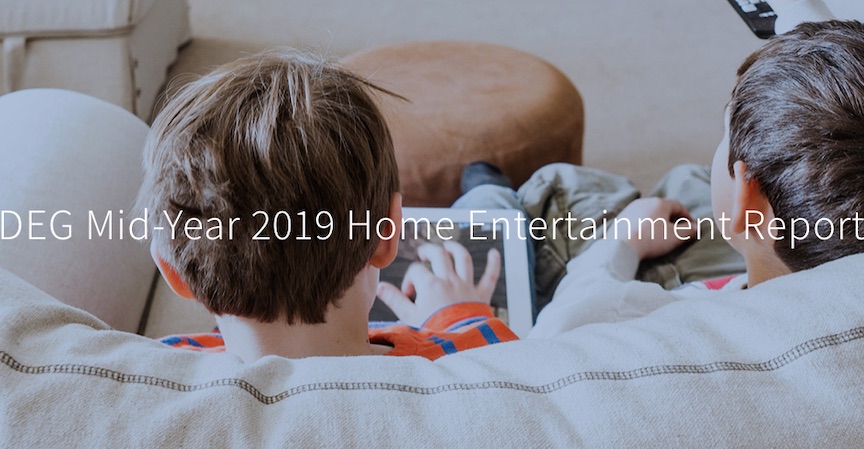 The research showed that US consumers spent nearly $6 billion on films and TV shows for home entertainment in the second quarter of 2019. By comparison, $5.6 billion was spent in the second quarter of 2018. While digital spending continued to be a driving force, the increase in overall home entertainment spending in the quarter came amid a nearly 10% drop in box-office performance for the films released in the period.

Looking at individual revenue segments, DEG’s Mid-Year 2019 Home Entertainment Report found that first-half consumer demand for theatrical releases continued to grow across digital formats. Spending on theatrical EST rose nearly 8%, while spending on theatrical titles on VOD was up more than 9%. The increase for the six months came amid a nearly 16% fall in box-office performance for films released in the first half.

Digital transactions and subscription streaming continued to offset declines in physical sales and rentals. Subscription video-on-demand grew 21.93% year-on-year for the first half of the year to reach $7.474 billion. In the second quarter of the year, SVOD revenues were $3.888 billion, up 23.13% on an annual basis.