Jungo TV joins forces with Verizon to power global ad network | Ad Tech | News | Rapid TV News
By continuing to use this site you consent to the use of cookies on your device as described in our privacy policy unless you have disabled them. You can change your cookie settings at any time but parts of our site will not function correctly without them. [Close]

Entertainment distribution network Jungo TV and Verizon Media have announced an agreement for Verizon to provide Jungo with an end-to-end global advertising platform solution targeting India, with other APAC markets to follow. 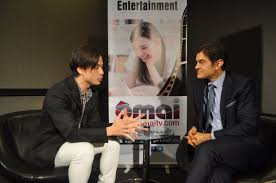 The OTT video market is growing rapidly in APAC, with India and Southeast Asia largely contributing to this trend. According to PwC, APAC will overtake North America as the world’s biggest region in terms of OTT video revenue in 2021.

Jungo currently provides more than 40,000 hours of brand-safe content and over 80 television channels to carriage partners. Through the deal with Verizon, set to launch in Q4 2019, content partners will be able to participate in an uplift in overall advertising inventory volume, quality, and value.

“The potential of the OTT ad market is growing as the popularity of OTT video services surges across India and Southeast Asia,” commented Rico Chan, MD of Verizon Media  Hong Kong, Japan, INSEA and ANZ. “This agreement will combine our strengths to tap the opportunity ahead. The scale, audience reach and brand safety that Verizon Media is known for will propel Jungo TV’s premium ad-supported video content in the region.”

For its part, Jungo TV said that as a growing number of traditional broadcasters race into the OTT space, it was become increasingly clear that ad-supported streaming models are gaining traction worldwide. “Jungo TV’s ability to bring ad-supported, high-quality video content to fans across the world is turbocharged by integration into the ad platforms offered by the iconic Verizon Media,” remarked Jungo TV co-founder Mehmet Oz.