Insight, VICE reveal factual series | Programming | News | Rapid TV News
By continuing to use this site you consent to the use of cookies on your device as described in our privacy policy unless you have disabled them. You can change your cookie settings at any time but parts of our site will not function correctly without them. [Close] 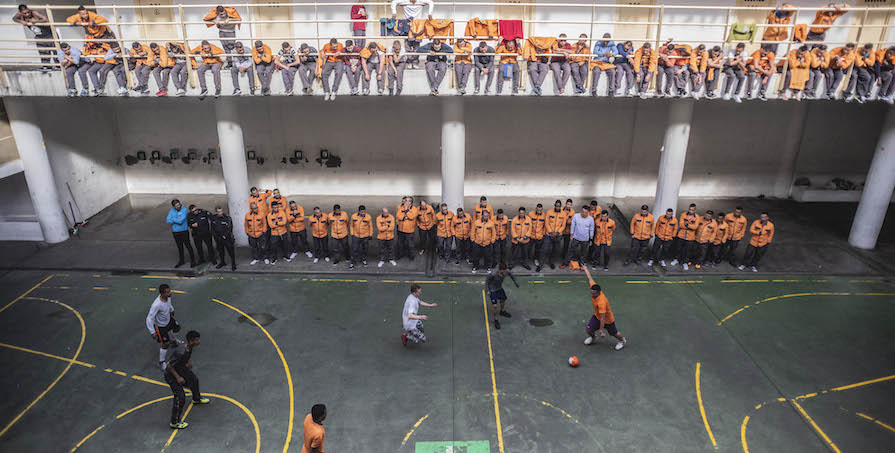 The 4 x 44’ series will launch on Insight TV on 10 September and puts the spotlight on street footballers who have ended up in prisons around the world, spending the majority of their life in a concrete cell.

In each episode, renowned street footballer Edward Van Gils will join forces with a football legend and visit a jail in the country they’re from, looking for talented players who took a wrong turn and ended up in the very worst position, exploring what puts some street kings on the world stage and others behind bars. Footballers signed up include Ruud Gullit (Netherlands), Gilberto Silva (Brazil), Juan Pablo Angel (Colombia) and Kevin Kuranyi (Germany).

The programme will show the benefits street football can bring to the lives of inmates and how they can draw on the positive experiences that sport delivers to stay out of trouble in the future. As well as training them for a match, Van Gils and the legends will find out about the inmates’ backgrounds, what led to the moment that changed their lives forever and what they will do if and when they are released from prison.

“What triggered me to commission this series is the micro cosmos a little square around the corner of your house can be,” revealed Insight TV executive producer Frank le Mair. “You might find kids playing football that end up making it on a national team and you might find kids that will make bad choices in life, sometimes even more talented, but still end up making mistake after mistake and never get the life they could have had. This new series not only shows how difficult life can become by making one wrong choice, but how football can create positivity and unite people no matter what their background or circumstance.”

Added VICE Studios Benelux general manager Stefan Tieleman: “Streetkings in Jail isn’t just a series about sports – it shows the impact sports can make on someone’s life at whatever stage that might be. Leveraging on the insights, talent and deep connection with culture coming from VICE, we’re thrilled to bring a fresh, new take on football to the Insight TV viewers across the globe.”