PEMRA bans broadcast of Indian ads | Broadcast | News | Rapid TV News
By continuing to use this site you consent to the use of cookies on your device as described in our privacy policy unless you have disabled them. You can change your cookie settings at any time but parts of our site will not function correctly without them. [Close]

As the crisis in Jammu and Kashmir continues, the Pakistan Electronic Media Regulatory Authority (PEMRA) has banned the broadcast of ads produced in India or carrying Indian characters/talent. 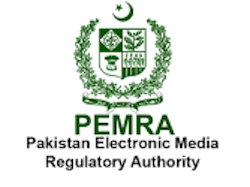 In a letter sent to all of its TV and radio licensees, which it published on its Twitter account, PEMRA refers to withdrawing permission for airing Indian channels last October. It added: “it has been observed that advertisements of various products of multinationals which are either produced in India or carrying Indian characters/talent [are] being aired on electronic media.”

The letter noted that the government of Pakistan would celebrate this year's Independence Day in solidarity with Kashmiris in the wake of escalation in tensions between the two countries over the Kashmir issue. It said the airing at the same time of ads produced in India and carrying Indian talent on Pakistani media was negating the state policy, and that the “appearance of Indian characters on Pakistani TV screen aggravates miseries of Pakistanis who are perturbed over Indian atrocities on Kashmiri brethren.”

According to the letter, the ban on the airing of the Indian ads will remain "till the time such advertisements are replaced by the advertisements produced in Pakistan, carrying Pakistani actors/characters/talent and are duly approved by PEMRA".

PEMRA warned that legal action will be initiated against broadcasters in case of non-compliance.