Mux closes $20MN Series B funding | Media Investment | Business
By continuing to use this site you consent to the use of cookies on your device as described in our privacy policy unless you have disabled them. You can change your cookie settings at any time but parts of our site will not function correctly without them. [Close]

In what it says provide a huge boost in its aim to ‘democratise’ video, San Francisco-based cloud video infrastructure company Mux has attracted significant investment from the US venture capital community. 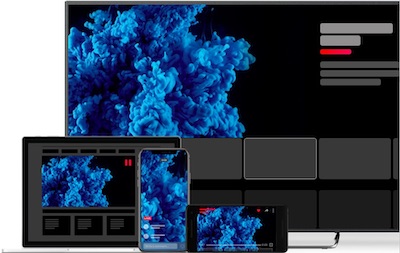 The company was formed to lower the remaining barriers to entry to streaming which at scale, says Mux, is still very difficult and building video into applications requires expert-level knowledge.

The company’s Mux Video division is designed to helps developers work with video through an API-first platform that provides encoding and streaming technology, optimised by data and machine learning. Mux Data’s is a video analytics product that monitors billions of video streams for some of the largest video companies in the world including CBS Interactive, PBS, Vimeo, TED and Udemy. It helps engineering and operations teams monitor and improve video streaming performance by measuring the Quality of Experience of every stream including start-up time, rebuffering, video quality, and playback failure.

“Mux’s mission is to democratise video—the world’s most powerful medium,” explained CEO Jon Dahl. “We’ve designed a powerful API to video that empowers developers to build beautiful video experiences into their applications in hours instead of months.”

The Series B financing totalling $20 million was led by Evolution Media, the early-stage arm of TPG Growth that invests in technology, digital media, and consumer companies, in addition to fellow investors Accel and Y Combinator.

“Developers are leading the charge in selecting technology they want to use and creating new industry standards. Mux's developer-focused approach to managing the video infrastructure stack is changing the way companies monitor and manage video,” said Gautam Shah, who led the investment for Evolution. Media. “We are thrilled to support the Mux team and leverage our experience in technology and content to help foster Mux’s growing developer community alongside the proliferation of content businesses.”

“The demand for developer-first video infrastructure is growing even faster than we had anticipated and the team at Mux is executing against the opportunity," added partner Accel Dan Levine. “We're excited to increase our investment in the company, and are looking forward to the next few years and beyond.”