Cord-cutting set to spike as broadband users drop bundles | Media Analysis | Business | News | Rapid TV News
By continuing to use this site you consent to the use of cookies on your device as described in our privacy policy unless you have disabled them. You can change your cookie settings at any time but parts of our site will not function correctly without them. [Close]

Research from OpenVault has revealed that broadband usage patterns are providing signs of an imminent further rise in cord-cutting. 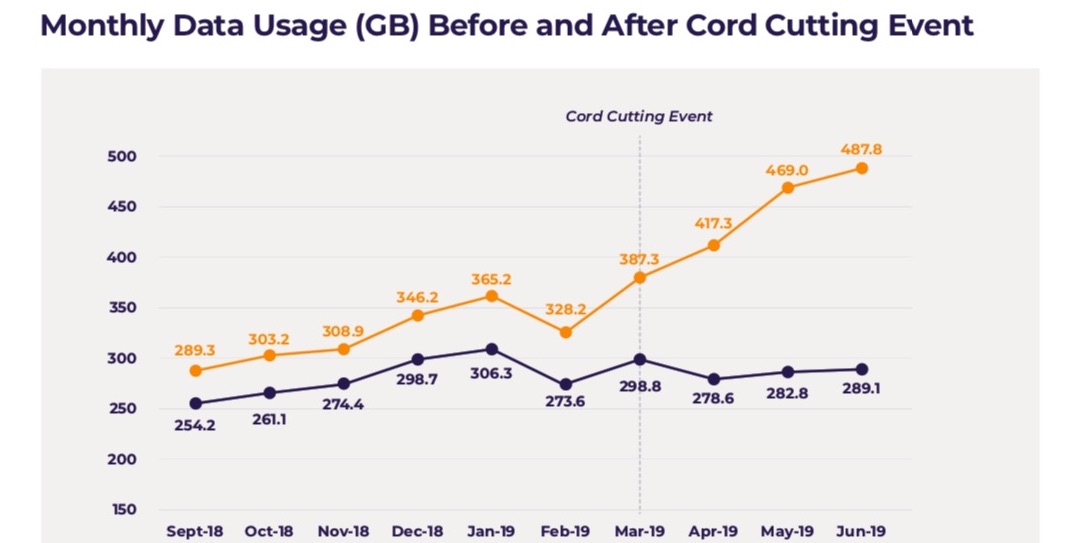 The analytics and technology solutions provider’s Q2 2019 OVBI report tracked how thousands of subscribers who shifted to broadband-only packages during the first half of 2019 exhibited steadily increasing broadband consumption in the months preceding the change.

Using aggregate consumption of millions of subscribers, the OVBI report also revealed what OpenVault said was a ‘significant’ difference between internet-only households and those who have a bundled package of pay-TV and broadband services. Among Internet-only households, average bandwidth consumption in 2Q19 was 390.42 GBytes, while bundled subscribers consumed, on average, 210.89 GB of data in 2Q19 – a difference of 85%.

“While usage-based billing often is considered as a revenue enhancing tool, the reality is that it spurs subscribers to find harmony between their broadband speeds and their usage patterns,” said Josh Barstow, executive vice president of corporate strategy and business development for OpenVault commenting on the Q2 2019 OVBI report. “As more and more subscribers exhibit cord-cutting behaviour, visibility into usage behaviour and sound based billing plansbased billing plans will help operators to manage increasingly busy networks and ensure subscriber satisfaction.”