Nevion adds JPEG XS video compression to Virtuoso | Infrastructure | News | Rapid TV News
By continuing to use this site you consent to the use of cookies on your device as described in our privacy policy unless you have disabled them. You can change your cookie settings at any time but parts of our site will not function correctly without them. [Close]

In what is said to be a world’s first deployment, virtualised media production solutions provider Nevion has added a new JPEG XS encoding and decoding media function to its flagship Virtuoso software-defined media node. 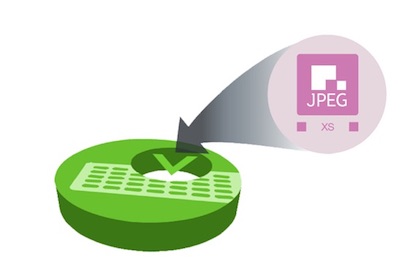 Already being rolled-out by a leading global broadcast network, the new functionality is designed to get video in and out of content hubs, as part of a centralised live production infrastructure solution.

Nevion says that the JPEG XS encoding standard for video achieves pristine visually lossless output, both for one-time and multiple concatenated compression), at sub-millisecond latency, achievable with potential compression ratios up to 10:1 and beyond. This it says makes JPEG XS extremely attractive for low latency real-time transport of HD and 4K/Ultra HD video over wide-area networks (WANs) and also over bandwidth-constrained networks when uncompressed transport is not a viable option.

The JPEG XS media function can also be combined with the Virtuoso’s audio capabilities, for example to enable encoded video and audio to be transported as separate SMPTE ST 2110 flows, and be synchronised at the receiving end.

“We are very excited to have added JPEG XS to the many media functions that can be configured dynamically on Nevion Virtuoso,” says Johnny Dolvik, chief product and development officer at Nevion. “We are also very proud of the fact that it is already being deployed. We have no doubt this is the first of many deployments, as JPEG XS provides an exceptional balance between compression ratio and latency.”