Netflix signs up Game Of Thrones creators | Programming | News | Rapid TV News
By continuing to use this site you consent to the use of cookies on your device as described in our privacy policy unless you have disabled them. You can change your cookie settings at any time but parts of our site will not function correctly without them. [Close]

In a move designed to address any of the growing doubts about the future of the SVOD leader, Netflix has confirmed that it will be the home for the next projects from Game of Thrones creators David Benioff and D.B. Weiss. 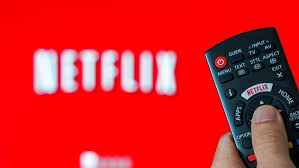 The deal  is valued at $200 million and covers not only what Netflix hopes will be the next global original TV smashes such as GoT but also potential film releases. Reports from the US suggest that the two creatives’ services were also coveted by Netflix rivals such as Amazon, Disney and HBO which was the home of Game of Thrones.

The signing is a huge fillip for Netflix as analysts are questioning the company's business model as it sees imminent huge competition from a welter of deep-pocketed direct-to-consumer services most notably Disney+ and Apple+ and where going forward leading original content will be crucial to future prospects.

Commenting on signing Weiss and Benioff and what it could mean for Netflix, chief content officer Ted Sarandos said: “They are a creative force and have delighted audiences worldwide with their epic storytelling. We can’t wait to see what their imaginations will bring to our members.”

In a joint statement, as reported by the New York Times,  Weiss and Benioff said: “We’ve had a beautiful run with HBO for more than a decade and we’re grateful to everyone there for always making us feel at home. We remember the same shots from the same ‘80s movies; we love the same books; we’re excited about the same storytelling possibilities. Netflix has built something astounding and unprecedented, and we’re honoured they invited us to join them.”