Flip or Flop premiere draws in strong viewership for HGTV | Ratings/Measurement | News | Rapid TV News
By continuing to use this site you consent to the use of cookies on your device as described in our privacy policy unless you have disabled them. You can change your cookie settings at any time but parts of our site will not function correctly without them. [Close]

Flip or Flop premiere draws in strong viewership for HGTV

The season premiere of HGTV’s Flip or Flop, starring divorced couple Christina Anstead and Tarek El Moussa, delivered a 1.07 live plus three-day rating in the 25-54 demo in the US. 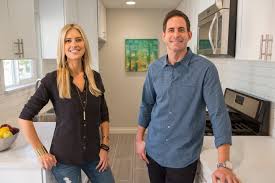 Flip or Flop follows the real-estate and house-flipping experts as they buy dilapidated houses in Southern California, transform them into beautifully renovated homes and flip them for profit. The fresh episodes tackle more than just house flipping, as the duo also must manoeuvre through their new relationship status as exes who have remained business partners.

The Flip or Flop premiere also resonated with millennial viewers, ranking as a top 5 cable programme among those aged 25-34.

Fans followed the return of Flip or Flop on HGTV’s digital platforms as well. Since it was made available on July 25, the premiere episode has been the most streamed episode on HGTV GO. On HGTV’s social channels, promotion for the episode, including a before and after clip, generated more than 600,000 video views across Facebook, Instagram and Twitter, according to www.hgtv.com.