Verance adds Project OAR support to watermarking suite | Security | News | Rapid TV News
By continuing to use this site you consent to the use of cookies on your device as described in our privacy policy unless you have disabled them. You can change your cookie settings at any time but parts of our site will not function correctly without them. [Close] 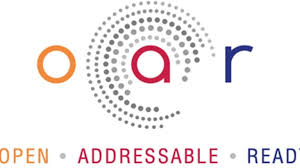 Project OAR is a multi-industry consortium that was created to establish open standards to deliver better advertising experiences to viewers through the use of dynamic advertising on internet-connected TVs and devices. While the technical specifications of OAR have not been revealed, watermarking technologies are expected to factor into the accurate delivery and decisioning of addressable TV advertising.

The support for Project OAR extends Aspect’s existing support for ATSC watermarking standards that enable delivery of hybrid broadcast-broadband features within both ATSC 1.0 and 3.0 broadcast environments.  Aspect’s support for both OAR and ATSC will ensure interoperability across the two environments, the company said.

“Project OAR has made remarkable strides in bringing the industry groups together and readying a solution for today’s environment,” said Nil Shah, CEO at Verance.  “Addressable advertising is poised to transform the television industry and watermarking will accelerate its benefits.”

Aspect has been in wide commercial trials with broadcasters and TV makers since the issuance of the ATSC watermark standards in 2016.