Fox: CBS, Viacom likely to announce merger | Major Businesses | Business | News | Rapid TV News
By continuing to use this site you consent to the use of cookies on your device as described in our privacy policy unless you have disabled them. You can change your cookie settings at any time but parts of our site will not function correctly without them. [Close]

FOX Business correspondent Charlie Gasparino believes there's a 50/50 chance that CBS and Viacom will announce a formal deal to re-merge this week, after a fractious few months of wrangling over both companies’ futures. 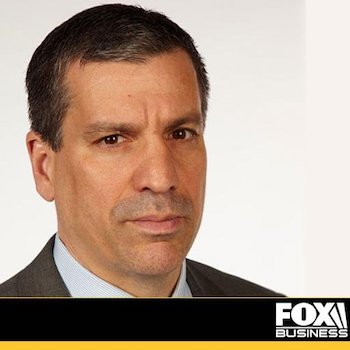 Gasparino (pictured)  said  that the companies have settled key parts of a combined leadership team –in particular designating Viacom chief Bob Bakish to be CEO of the combination, with CBS interim CEO Joe Ianniello in charge of CBS branded assets and CBS CFO Christina Spade to be CFO of the merged company.

The news comes after months of battles for control of CBS. The company's controlling shareholder, Shari Redstone, daughter of retired Viacom mogul Sumner Redstone, wants CBS and sister media company Viacom to merge – a move that the CBS board of directors have had reservations about.

Prior to his exit in the wake of sexual harassment allegations , former CEO Les Moonves had wanted Ianniello to be president and COO of the merged entity, and to succeed him as CEO when he retired. The Redstone family has always wanted Viacom CEO Bob Bakish to be the No 2. The impasse led to months-long legal showdown, with CBS suing Redstone.