HBO Max to be exclusive streaming home for Doctor Who | Deals | News | Rapid TV News
By continuing to use this site you consent to the use of cookies on your device as described in our privacy policy unless you have disabled them. You can change your cookie settings at any time but parts of our site will not function correctly without them. [Close]

HBO Max to be exclusive streaming home for Doctor Who 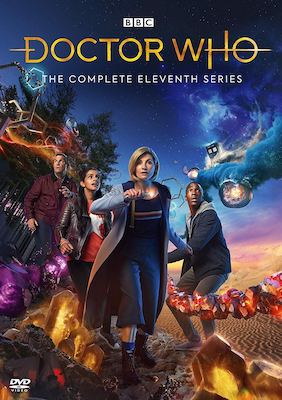 The season wrapped in December and featured the 13th Doctor and the first female in the role, played by Jodie Whittaker. Access in the US to recent Doctor Who series has been limited to traditional pay-TV subscriptions that include BBC America, so the deal marks a milestone for the series.

HBO Max's deal with BBC America will also include every previous Doctor Who episode since 2005, and "future seasons after they air on BBC America."

Last week, WarnerMedia filled out the executive team for its upcoming HBO Max streaming service, scheduled to launch next year.

It will also feature originals, such as a sequel to former CW series “Gossip Girl.”