Telemundo nabs 5 Emmy nods for news coverage | Programming | News | Rapid TV News
By continuing to use this site you consent to the use of cookies on your device as described in our privacy policy unless you have disabled them. You can change your cookie settings at any time but parts of our site will not function correctly without them. [Close] 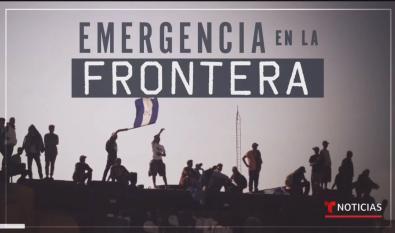 “These nominations are a recognition for a team committed to informing a community that now, more than ever, needs sources of information that they can trust,” said Gemma García, VP at Noticias Telemundo.

Adam Sharp, president and CEO of NATAS, added: “The clear, transparent, and factual reporting provided by these journalists and documentarians is paramount to keeping our nation and its citizens informed.”

The winners of the 40th Annual News and Documentary Emmy Awards will be announced at a ceremony at Lincoln Center’s Alice Tully Hall in New York City on Tuesday, 24 September.