fuboTV sports network launches on smart TV | Programming | News | Rapid TV News
By continuing to use this site you consent to the use of cookies on your device as described in our privacy policy unless you have disabled them. You can change your cookie settings at any time but parts of our site will not function correctly without them. [Close]

Just after revealing that viewers watched over three billion minutes of programming during Q2 2019, fuboTV has expanded distribution of its fubo Sports Network, to Samsung TV Plus and LG Channels powered by XUMO smart TV platforms. 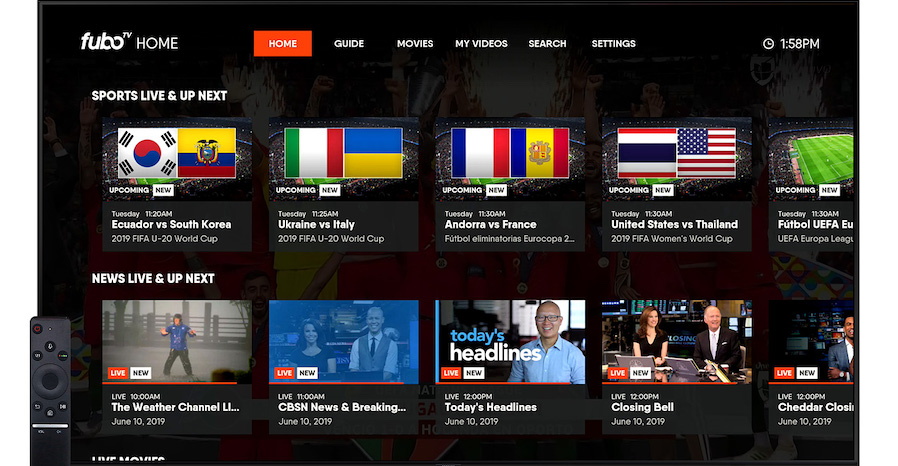 The network soft launched in June with distribution on XUMO-powered channels and in fuboTV’s standard base package while additional distribution partners will be announced in time.

“It’s still early days for fubo Sports Network and I’m pleased partners like Samsung and XUMO are embracing the power of the network to reach sports fans,” commented fuboTV co-founder and CEO David Gandler. “Our goals for fubo Sports Network are ambitious yet simple: We plan to deliver sports programming 24/7 that’s a bit edgy, always fun and with a clear point of view, and make it free to sports fans on multiple platforms and on every device.”

“We’re thrilled to expand the reach of fubo Sports Network to LG Channels powered by XUMO and Samsung TV Plus so quickly after our soft launch just a few weeks ago,” added fuboTV president, business development Min Kim. “24/7 live networks are a natural fit on smart TVs and, with our viewers wanting sports content nonstop, we're excited to bring the fubo Sports Network free to consumers on two of the largest smart TV platforms.”