DRG strikes volume deals with iflix, iwonder | Deals | News | Rapid TV News
By continuing to use this site you consent to the use of cookies on your device as described in our privacy policy unless you have disabled them. You can change your cookie settings at any time but parts of our site will not function correctly without them. [Close]

In a significant push of its business in Asia, content producer/originator DRG has closed deals with pan-Asian SVOD/AVOD player iflix and with new Singapore factual SVOD platform iwonder. 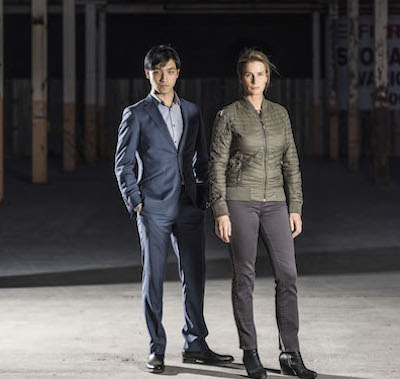 “The rapid expansion of SVOD and AVOD across Asia is presenting a raft of great opportunities, and we are delighted to have concluded these strong package deals with two of the most dynamic players in the region,” said Emmanuel Grinda, sales executive at DRG who was responsible for both deals.

“Our extensive catalogue of programming from top international drama to documentaries about the British royal family has made us a ‘go-to’ content supplier and we are pleased that iflix subscribers will now have access to some of our most high-profile titles. iwonder has chosen some of our most recent premium factual programming – including the brand new Titans of the 20th Century, and we are delighted that our content has been selected to help this dynamic business as it expands.”

“Our number one priority is to offer and deliver our customers the most compelling, diverse collection of premium content," remarked Craig Galvin, iflix’s global head of content. "We are pleased to add DRG’s best drama, comedy, documentary and lifestyle programming to the mix on iflix and build on this partnership for the benefit of all viewers.”

Focussing on current affairs and high-end documentary programming, the iwonder package comprises almost 100 factual hours and features newer titles such as Dynasties: The Families that Changed the World (4 x 60’), Titans of the 20th Century (6 x 60’) and North Korea – Voices from the Secret State (1 x 60’), as well as recent additions to the DRG catalogue including Private View: The Art of Collecting (10 x 60’), No More Boys and Girls (2 x 60’) and Manson’s Bloodline (4 x 60’). iwonder has already launched in Australia, New Zealand, and Singapore and is due to roll out across additional countries in Asia over the coming months.

Alexandra Fox-Hughes, head of content at iwonder, commented: “Our focus at iwonder is to offer viewers the very best current affairs and documentaries, prioritising great untold stories. DRG’s Manson’s Bloodline and North Korea – Voices from the Secret State are great examples of the type of content that we know iwonder subscribers will enjoy.”