Great Point makes cash injection as ProgramBuyer.com claims instant success | Media Investment | Business | News | Rapid TV News
By continuing to use this site you consent to the use of cookies on your device as described in our privacy policy unless you have disabled them. You can change your cookie settings at any time but parts of our site will not function correctly without them. [Close]

Six months on from its official launch, non-transactional screening platform for global buyers and sellers of TV programming, ProgramBuyer.com, has revealed more than 500 content buyers registered to its site. 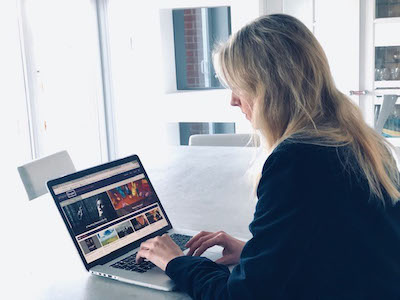 The roster contains nearly 30 firms who signed up at NATPE Budapest and this cohort includes RTL in Croatia, United Media in Serbia and Mesimvria in Cyprus. ProgramBuyer has also added 25 new distribution businesses to its existing client base over recent months taking the total to over 100 and the hours available to more than 60,000. Recent recruits include RTÉ in Ireland, Media Ranch from Canada, MBC in the Middle East, Studio Hamburg Enterprises from Germany, the BFI’s (British Film Institute) film sales arm, Fred Media from Australia and Seven Studios, Australia’s biggest producer of premium content.

“We have had a truly exciting few months growing the business and are absolutely thrilled to have so many content buyers and sellers now working with us,” remarked ProgramBuyer co-founder Edwina Thring. “For distributors, we are a low cost and simple way to extend their own content marketing activities, while for buyers we offer an easy to use, one-stop approach to searching for content from around the world – often introducing them to new sources of great programming.

ProgramBuyer also became the recipient of a major investment round from Great Point, via its Great Point Ventures Fund, which it says will help take the business to the next stage.

“With ProgramBuyer.com, Edwina and her partner Roz Parker have hit on a simple, very effective, and scalable idea for the international television marketplace, and we are delighted that our investment will support their ambitions for the business,” said Great Point co-founder Jim Reeve. “We created Great Point Ventures to provide funding for a range of different companies operating in the media space and are excited that ProgramBuyer is one of our first new partners.”