A+E announces new Asia MD | Major Businesses | Business
By continuing to use this site you consent to the use of cookies on your device as described in our privacy policy unless you have disabled them. You can change your cookie settings at any time but parts of our site will not function correctly without them. [Close]

Effectively consolidating operations across the entire region under the control of a single executive, A+E Networks has promoted Saugato Banerjee to managing director, Asia. 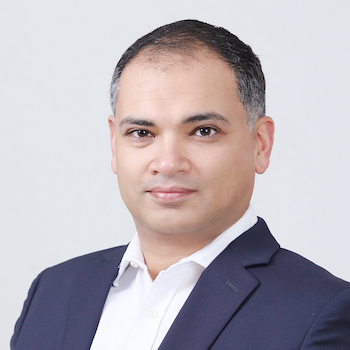 Previously managing director, North Asia, Banerjee joined A+E in 2011 and has been described as a vital force in driving the company’s expansion and business execution in the region. As managing director, North Asia, he developed strategic media and production partnerships, heralded the successful launches of History and Lifetime in Korea, and played a key role in achieving record ratings for History Japan. He also oversaw the digital, operations and research functions in the region with particular responsibilities as a caretaker general manager of AETN 18 in India during a crucial period of change.

“Saugato is a skilled executive with well-established relationships and strategic vision for this growing region,” said Patrick Vien, group managing director, international, A+E Networks. “We applaud his launch of our brands in Korea across linear and digital, spearheading key production partnerships and successful stewardship of our Japanese business as we look forward to even greater success in his new, expanded role.”

“A+E Networks’ strong foothold in this corner of the world is testament to the innovation and demonstrated success of our globally recognised, locally adaptable brands and strong teams,” Banerjee (pictured) added. “I look forward to taking on this expanded role and partnering with our undoubtedly talented team across the region in attracting new audiences and growing our business.”