ITV Studios takes majority stake in Monumental Television | Major Businesses | Business | News | Rapid TV News
By continuing to use this site you consent to the use of cookies on your device as described in our privacy policy unless you have disabled them. You can change your cookie settings at any time but parts of our site will not function correctly without them. [Close]

Strengthening the global scripted production base which has proved to be a money spinner for the company, ITV Studios has increased its equity in UK indie production company Monumental Television from 26% to 51%. 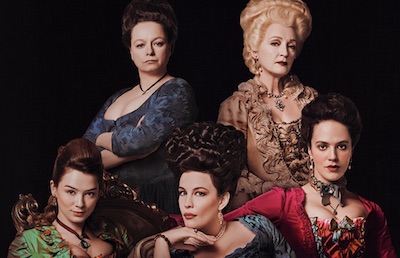 Founded by Oscar nominated film producers Alison Owen and Debra Hayward, Monumental’s recent TV productions include three series of Harlots, exclusively commissioned by Hulu since series two and available via Starzplay in the UK, and Ghosts on BBC One. The comedy series, created, written and featuring the team behind Horrible Histories, is the top comedy series on UK television so far this year with a consolidated series average of 3.7 million and has already been recommissioned for a second season. The company is in advanced development on several other major scripted series.

ITV Studios Global Entertainment has held a minority stake in the company since its launch in 2015, and ITVS GE will continue distributing television productions worldwide. Commenting on the deal, ITV Studios managing director Julian Bellamy said: “Alison and Debra have proven to be a fantastic fit within the ITV family over the last four years. They're outstanding creatives with fantastic talent relationships and I can't wait to work even more closely with them as they start the next phase of Monumental's growth.”