Combat Go, Hallypop head to STIRR | Deals | News | Rapid TV News
By continuing to use this site you consent to the use of cookies on your device as described in our privacy policy unless you have disabled them. You can change your cookie settings at any time but parts of our site will not function correctly without them. [Close] 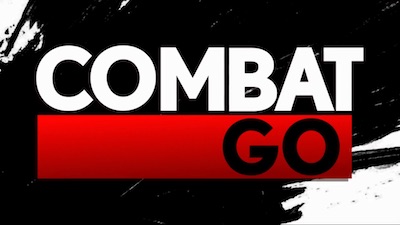 Through its partnership with FITE.TV, the network covers combat events from around the globe including MMA, Muay Thai and kickboxing, and highlights promotions such as RIZIN, Kunlun Fights, and Ring of Honour. The network recently announced a global content partnership with Black Belt Magazine, the top martial arts magazine.

Hallypop, in partnership with Korean media giant SBS International, is a global television network connecting fans through Asian pop culture, putting the spotlight on music, lifestyle and entertainment. Highlights include the top-rated K-pop variety show Inkigayo, featuring appearances and performances by BTS, Big Bang, IKON, Girls Generation and more, Running Man, pitting K-pop and K-Drama stars against each other in epic missions; and the interactive music series After School Club.

The STIRR app is accessible on iOS and Android devices, as well as Amazon Fire TV and Apple TV, and online.

"Cinedigm is proud to further our partnership with the innovative STIRR platform, following the positive reception that CONtv and Dove Channel received earlier this year," said Erick Opeka, Cinedigm president of Digital Networks.

“Now, STIRR viewers can enjoy Combat Go and Hallypop’s extensive libraries anytime, anywhere, giving them full access to the absolute best martial arts programming from across the globe, as well as a wide variety of hit films, series, music and more featuring appearances and performances from Asia’s brightest stars. We look forward to building on the success we established earlier this year, as we continue to provide STIRR users with even more high-quality premium content that they cannot find anywhere else.”