ZEE5 prepares to launch Indian thriller Posham Pa | Programming | News | Rapid TV News
By continuing to use this site you consent to the use of cookies on your device as described in our privacy policy unless you have disabled them. You can change your cookie settings at any time but parts of our site will not function correctly without them. [Close] 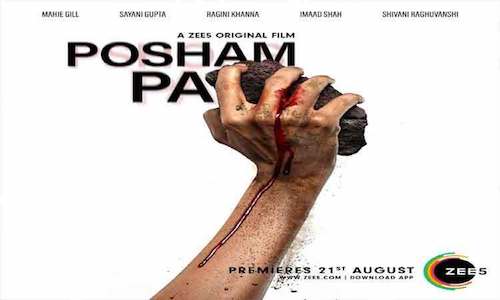 Inspired by true events and researched by journalist, Praful Shah, the story revolves around a psychologically disturbed mother who coerced her daughters into a life of crime. The daughters are now facing the death penalty for their violent crimes and telling their stories to documentarians Imaad Shah and Shivani Raghuvanshi.

“At ZEE5, we are working towards building a robust library across genres,” said ZEE5 India programming head Aparna Acharekar.

“Posham Pa is our latest addition, a compelling story with an eclectic star cast. It is an offbeat story and we have got on board powerful actors who are perfectly suited for their respective roles. Posham Pa is currently in the post-production stage and we are looking forward to releasing it on our platform soon.”