Spike takes 200 hours of British TV to the Netherlands | Deals | News | Rapid TV News
By continuing to use this site you consent to the use of cookies on your device as described in our privacy policy unless you have disabled them. You can change your cookie settings at any time but parts of our site will not function correctly without them. [Close]

Spike takes 200 hours of British TV to the Netherlands

Nent Group-owned content distributor and originator DRG has struck a deal with Spike in the Netherlands to run almost 200 hours of programming from British producers. 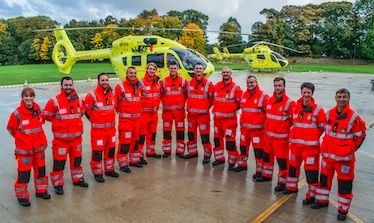 The majority of the 196-hour package, which will run on the Viacom-owned channel over the coming months, will tap into DRG’s ‘blue light’ catalogue. Spike has acquired 60 hours’ worth of series such as Brown Bob Production’s Inside the Ambulance, 45 hours of Air Television’s Helicopter ER, and 20 hours of Trauma Rescue Squad, also produced by Air Television, which follows the elite paramedics of the Hazardous Area Response Teams.

“British factual producers continue to shine in the international market and we are pleased to represent so many of them across our catalogue,” remarked Lucy Roberts, senior sales manager at DRG. The extraordinary filming access given in the five series in the Spike package, coupled with the dedicated people (and animals!) who agree to take part, never fails to create a compelling mix of heart-warming and heart-stopping content.”

Viacom Benelux senior acquisitions and programming manager Joris Bruinsma added: “Blue-light shows and rescue documentaries – whether with people or animals – prove very popular in the Netherlands, so we are delighted to have acquired such an extensive package from DRG’s impressive catalogue. These titles are all beautifully produced and packed full of the type of drama, jeopardy and fabulous characters that our viewers have come to expect from us.”