YouTube enhances creators’ opportunities | VOD | News | Rapid TV News
By continuing to use this site you consent to the use of cookies on your device as described in our privacy policy unless you have disabled them. You can change your cookie settings at any time but parts of our site will not function correctly without them. [Close]

Taking advantage of the VidCon event which it says has brought fans and creators together to celebrate the power of online video, market leader YouTube has announced new features that it says will result in more revenue streams for creators. 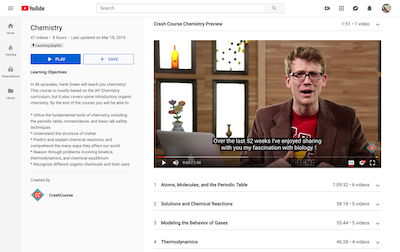 At VidCon 2018, Google’s online video juggernaut announced a number of ways enabling creator monetisation with new ways for creators to engage with their community while generating revenue. The company says that it has built on a number of these initiatives and added more.

The Super Chat facility is designed to allow fans to purchase messages that stand out within a live chat during live streams and Premieres. There are now over 90,000 channels which have received Super Chats, with some streams that YouTube calculates to be earning says more than $400 per minute. Indeed, Super Chat is said to be the leading revenue stream on YouTube for nearly 20,000 channels, an increase of over 65% over the previous twelve months. With Channel Memberships, fans pay a monthly fee of $4.99 to get access to special items such as exclusive live streams and extra videos.

Effective immediately YouTube is adding one of the most-requested features: membership levels. With levels, creators can now set up to five different price points for channel memberships, each with varying perks. The company revealed that it has been testing levels with creator Fine Brothers Entertainment on its REACT channel, which claims to have membership revenue increase by 6 times after introducing two higher-priced tiers.

“Early last year, creator revenue on YouTube from Super Chat, Channel Memberships and merch was nearly zero. Today, these products are generating meaningful results to creators across the globe. In fact, thousands of channels have more than doubled their total YouTube revenue by using these new tools in addition to advertising,” said YouTube chief product officer Neal Mohan in a statement. “YouTube creators are living proof that an open and responsible internet can change the world for the better, We’re going to continue working to give them the tools they need to do that.”
Tweet