A+E announces Patrick Vien as group MD of international business | Major Businesses | Business | News | Rapid TV News
By continuing to use this site you consent to the use of cookies on your device as described in our privacy policy unless you have disabled them. You can change your cookie settings at any time but parts of our site will not function correctly without them. [Close]

In a move that the global media company says will build its next chapter, A+E Networks has named Patrick Vien as its new group managing director, international. 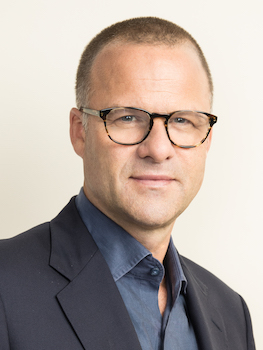 Previously co-executive managing director international where he had oversight of A+E’s businesses throughout Europe, Middle East and Africa, Vien will now be responsible for the company’s international portfolio and businesses.

In addition, Vien oversaw programming strategy for A+E channels outside the US and has also been responsible for overseeing the company’s international content sales across more than 200 territories. Most recently, his team spearheaded the launch of a co-production division, and the company’s first international scripted co-production, Miss Scarlet & The Duke, as well as the new unscripted series, Damian Lewis: Spy Wars.

Based in New York, Vien will report to Paul Buccieri, president, A+E Networks Group, who remarked: “Patrick is a talented executive who has helped steward our International vision in over 200 territories, bolstering our brands and expanding our fan base around the globe. I’m very confident in his leadership and keen to partner with him and his teams.”