HBO Go launches on FPT Play in Vietnam | VOD | News | Rapid TV News
By continuing to use this site you consent to the use of cookies on your device as described in our privacy policy unless you have disabled them. You can change your cookie settings at any time but parts of our site will not function correctly without them. [Close]

Vietnam has become the latest market for HBO Go with the streaming service now available on the FPT Play app, following a tie-up between the US content giant and local telco. 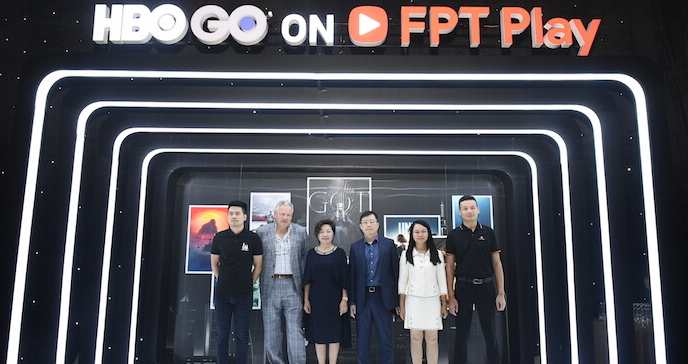 It becomes the latest market for HBO GO in Asia, after launching in Hong Kong, Indonesia, Malaysia, Philippines and Singapore.

“We are pleased to launch HBO GO in Vietnam through our partner, Q.net. HBO Asia’s online streaming service is now available for the first time through FPT in Vietnam and will soon be available on more platforms,” Jonathan Spink, CEO of HBO Asia

“With HBO GO, subscribers will have access to a vast library of thousands of hours of studio blockbusters and HBO Originals programmes from the US and Asia anytime, anywhere, through their digital and mobile devices. Subscribers can also live stream the HBO, MAX by HBO and RED by HBO channels which are subtitled in Vietnamese.”

Nguyen Hanh, Q.net president said: “By paving the way for the successful launch of HBO GO in Vietnam, Q.net has entered the digital delivery field, the new dominant paradigm for entertainment content. We have been preparing to unveil HBO GO in the market for over three years, ensuring that the service is in full compliance with local law, and that we can provide local audiences with the greatest entertainment programming service ever brought to Vietnam.”

FPT Telecom expressed its delight on FPT Play becoming the first internet TV service provider to offer HBO Go to Vietnamese audiences. “It will be the first time young Vietnamese audiences have a chance to enjoy Band of Brothers, the latest season of Game of Thrones, and thousands of blockbusters and action programming on platforms including smartphone, tablet, Smart TV, the web and FPT Play Box,” said Vu Anh Tu, deputy general director of FPT Telecom.