Rare TV appoints Alexander Gardiner as CEO | Major Businesses | Business
By continuing to use this site you consent to the use of cookies on your device as described in our privacy policy unless you have disabled them. You can change your cookie settings at any time but parts of our site will not function correctly without them. [Close] 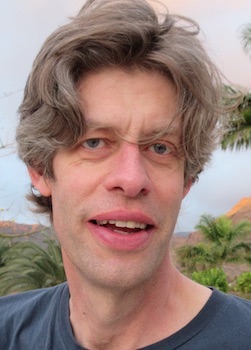 Gardiner comes to Rare TV from Channel 4, where he served as consultant commissioning editor. This followed a stint as managing director of ITV Studios-owned indie Shiver, where he led a business restructuring and he also served as creative director for the Factual North arm of ITV Studios, where he oversaw a root-and-branch reorganisation of the team, its structures and finances.

The appointment comes following the integration of 360Production and ScreenCut, companies Rare TV acquired since formation in 2013.

Explaining what he felt the hire would mean for company, Rare TV non-executive chairman Graham Coxell said: “In addition to Alex’s unquestionable media and TV credentials to lead Rare through the next chapter of its development, Alex has a very strong sense of ethics and desire to make a positive impact on our community as demonstrated by his numerous voluntary activities focused at ‘giving back’. It was these credentials, and Alex’s values which made him a stand out candidate to take on the role as CEO.”

Gardiner added: “For me, there’s nothing more satisfying than unlocking potential — both individual and corporate — and Rare has potential by the bucket load. The range in its portfolio hugely appeals to me but doesn’t directly replicate what I’ve already done allowing a fresh challenge and potential to explore new territory. I love to provoke conversation through stories on TV.”