VOD365 strikes Endemol content deal for Ketchup TV, Planet Knowledge | Deals | News | Rapid TV News
By continuing to use this site you consent to the use of cookies on your device as described in our privacy policy unless you have disabled them. You can change your cookie settings at any time but parts of our site will not function correctly without them. [Close]

In a move that will see over 300 hours of new programming launch on its key channels, OTT TV channels provider Video on Demand 365 (VOD365) has struck a content deal with creator, producer and distributor Endemol Shine Group. 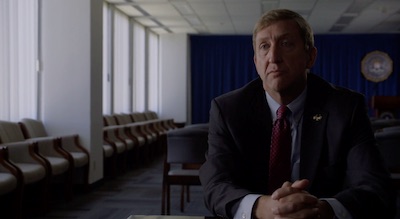 VOD365 is available on Freeview, YouView, Freesat, mobile and smart TV devices and the new programming will appear on its kids’ entertainment channel Ketchup TV and documentary channel Planet Knowledge.

The partnership will see Bananas in Pyjamas and brand-new animation PC Bob will be launching on Ketchup TV. It marks a first for PC Bob which is produced in-house by Endemol Shine Group and launched earlier this year on YouTube. In addition, premium series across multiple genres including nature, science, history, crime, factual and culture will be debuting on Planet Knowledge, with programmes including Inside Man, Declassified and Death Row Stories set to appear later this year.

Commenting on the agreement, VOD365 founder and CEO, Paul Coster, said: “We are extremely pleased to have concluded this content agreement with Endemol Shine Group. As well as being the largest content deal we have agreed to date for Planet Knowledge, with 300 hours of quality programming added to the channel, this partnership also represents the industry’s greater focus on AVOD platforms and new distribution models of which VOD365 is at the forefront.”

Added Endemol Shine Group chief strategy and commercial officer Wim Ponnet: “Our rich and diverse content is more in demand than ever and we are uniquely placed to feed this appetite. Endemol Shine Group’s deep content library includes a wealth of popular shows and VOD365 are a great partner to enable us to deliver these to wider audiences.”