Netflix sets release date for Shah Rukh Khan produced Bard of Blood | Programming | News | Rapid TV News
By continuing to use this site you consent to the use of cookies on your device as described in our privacy policy unless you have disabled them. You can change your cookie settings at any time but parts of our site will not function correctly without them. [Close]

Bard of Blood, one of the first originals that Netflix ever announced in India, is now scheduled for release on 27 September 2019. 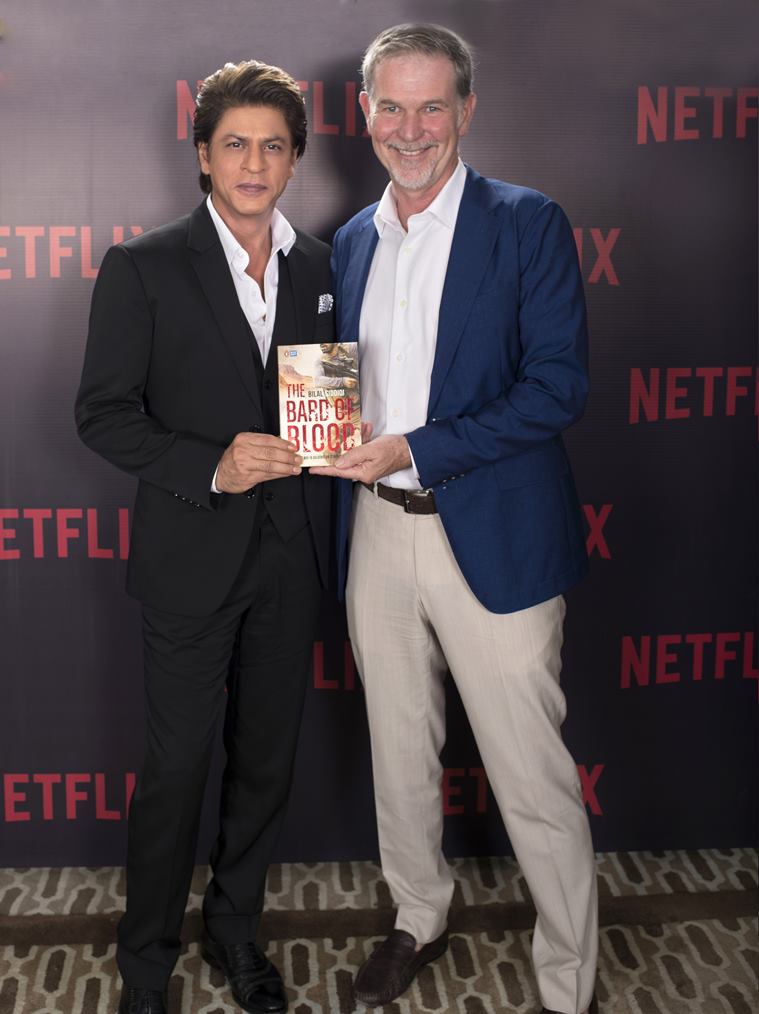 All eight episodes of the espionage series will be available for streaming immediately, to Netflix subscribers worldwide.

Directed by Ribhu Dasgupta and produced by Shah Rukh Khan’s Red Chillies Entertainment, the series is based on Bilal Siddiqui’s best selling novel Bard of Blood.

“We have always tried to create world class content and entertainment from India,” said Shah Rukh Khan (pictured, left, with Netflix’ Reed Hastings) when the collaboration was announced in November 2017. “Netflix has shown that Indian stories have a global audience and we would love to use this platform and its reach to tell more stories.”

The story is about four Indian intelligence officers belonging to the Indian Intelligence Wing (IIW) who are compromised before they can relay an important piece of information ack to India. They are captured and face death by decapitation. The stakes are high.

Back in India, the intelligence veteran Sadiq Sheikh, the handler of the captured agents, realises he must spearhead a clandestine mission to rescue his men. He reaches out to a former spy and now professor of Shakespeare, Kabir Anand – a man who knows the terrain and politics of Balochistan inside out.

Kabir must connect the dots from the cryptic information that he has at his disposal. The only way for Kabir to find the answers is to embark upon a dangerous journey and complete unfinished business en route.