Quest Red signs up YouTuber for new series | Deals | News | Rapid TV News
By continuing to use this site you consent to the use of cookies on your device as described in our privacy policy unless you have disabled them. You can change your cookie settings at any time but parts of our site will not function correctly without them. [Close] 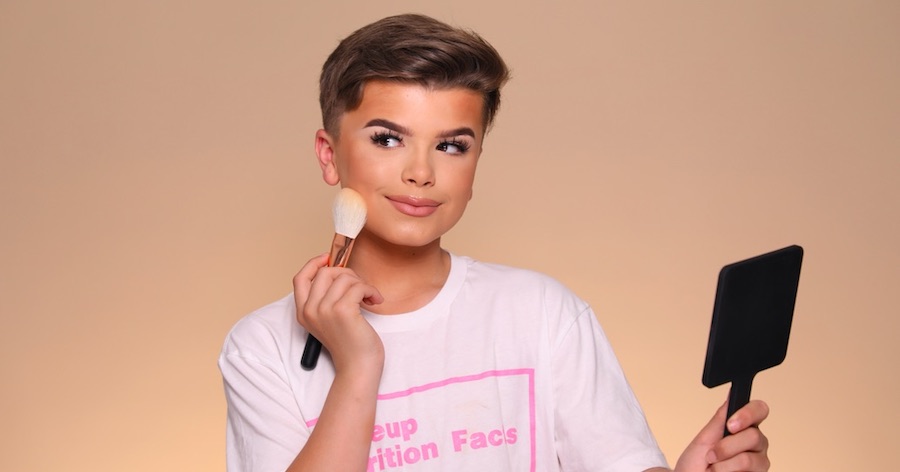 The 6 x 60’ series follows teen YouTube sensation Reuben de Maid and his family as they juggle the demands of his celebrity career with everyday life. The 14-year old Welsh singer, influencer and make-up expert shot to fame after appearing on The Ellen DeGeneres Show since when has amassed more than 200,000 followers on his YouTube channel, and has collaborated with celebrities including Kim Kardashian.

The new show will see his travels to Hollywood where he attends star-studded award ceremonies and glamorous events. The series will also feature Reuben’s home life in Wales, with siblings Coco and Sonny and mum Vicky, herself a successful businesswoman running a glamorous salon in Cardiff. Yet it also touches on issues around puberty, gender and bullying and highlights the experiences of adolescents on social media, as Reuben balances his blossoming celebrity career with everyday life.

“Quest Red celebrates extraordinary people and Reuben has a natural star quality,” said Laycock, speaking of the commission. “He’s talented, passionate and determined to stay true to himself in a world of online trolls. At 14 he’s already achieved so much, and we can’t wait to invite viewers into his and his family’s world. Expect a fun, inspiring and totally heart-warming show.”

Ricochet creative director Katy Thorogood added: “We are thrilled to be working with Quest Red and feel very privileged that Reuben and his family have let us share their extraordinary world. It’s a fascinating dynamic of squabbling siblings, sequins and social media all wrapped up with family love.”