Aruanas preps global premiere | Programming | News | Rapid TV News
By continuing to use this site you consent to the use of cookies on your device as described in our privacy policy unless you have disabled them. You can change your cookie settings at any time but parts of our site will not function correctly without them. [Close]

Globo and Maria Farinha Films have announced that environmental thriller Aruanas will premiere worldwide in more than 150 countries on 2 July. 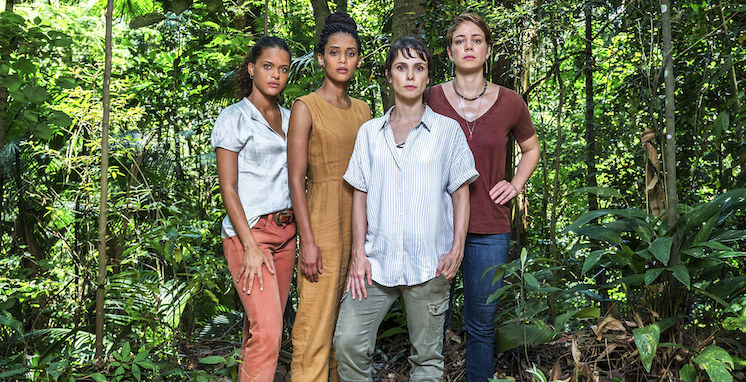 The ten-part series has a very clear goal: warning against the global environmental crisis and promote the appreciation and protection of the extraordinary work of activists.

Three idealistic friends - Nathalie (Débora Falabella), Luiza (Leandra Leal) and Veronica (Taís Araújo) - set up Aruana to investigate the activities of a mining company operating in the Amazon rainforest. It is a place of harsh reality where strange events occur: An anonymous cry for help, people mysteriously falling ill, assassination and threats to indigenous people. The activists, each one following their own investigative leads, have discovered evidence of a renowned national mining company running an illegal project. While these women unravel a dangerous web of environmental crime and secrets, they also must deal with their own ghosts and personal dramas. The fictional story has been informed by real world experiences and research, in partnership with over 20 global NGOs.

Reflecting the commitment to sustainability and social responsibility of Globo  and Maria Farinha, the production reduced its carbon footprint, recycling and reusing 90% of all its costumes, in an effort aimed to cut down on waste. Besides the cast and director, the 47% of the crew are women, an initiative to promote gender equality and empower women. The cast includes 131 bit-part actors and 2,000 extras and background actors, of which 33.8% live in the Amazonian rainforest region.

Aruanas will premiere worldwide in more than 150 countries, with subtitles in 11 different languages: English, Spanish, French, Italian, German, Dutch, Russian, Arabic, Hindi, Turkish and Korean. The series will also be made available on aruanas.tv, a platform powered by Vimeo, where it can be purchased for US$ 12,90.

In Brazil, Aruanas will be made fully available on the Globoplay streaming service and on Globo, the largest free-to-air TV channel in Brazil, reaching 100 million viewers.