Glenda Jackson stars in new STV drama commission | Programming | News | Rapid TV News
By continuing to use this site you consent to the use of cookies on your device as described in our privacy policy unless you have disabled them. You can change your cookie settings at any time but parts of our site will not function correctly without them. [Close]

The content arm of Scottish broadcaster STV, STV Productions, has won a commission from BBC One for Elizabeth is Missing, a one-off feature length drama that will see Glenda Jackson return to the screen for the first time in over 25 years. 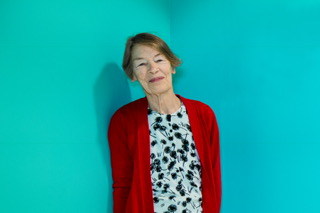 Adapted from Emma Healey’s best-selling novel by Andrea Gibb (Swallows and Amazons), the 90-minute drama which sees the Academy Award-winning actress play the role of Maud. It will be directed by BAFTA award-winning Aisling Walsh (Room at the Top) and produced by STV Productions.

Elizabeth is Missing is the second drama to be produced by STV Productions for BBC One this year. In April, four-part series, The Victim, received widespread critical acclaim and broke catch up viewing records achieving the highest percentage increase to audience viewing on catch-up for a drama series across both BBC One and ITV.

To be distributed internationally by Sky Vision, the drama was commissioned by Piers Wenger, controller of BBC Drama and Charlotte Moore, director of BBC Content and controller of BBC One. Executive producers are Sarah Brown, creative director, drama, STV Productions, and Andrea Gibb for STV Productions and Gaynor Holmes for BBC One. It will be produced by Chrissy Skinns.

“We are beyond thrilled that Glenda Jackson will make her long awaited return to screen to star in our production of Elizabeth is Missing,” Brown remarked. “Andrea Gibb’s beautiful adaptation of Emma’s stunning novel combines a gripping mystery with a tender and sensitive exploration of one woman’s struggle with dementia. We are so excited to see the legendary Glenda Jackson bring Emma’s extraordinary character Maud to life for the screen.”