Jinn courts controversy as Netflix releases MENA series | VOD | News | Rapid TV News
By continuing to use this site you consent to the use of cookies on your device as described in our privacy policy unless you have disabled them. You can change your cookie settings at any time but parts of our site will not function correctly without them. [Close]

Jordan’s Royal Film Commission (RFC) has called for tolerance amid the controversy over the first Netflix series set in the kingdom, Jinn, which launched on 13 June. 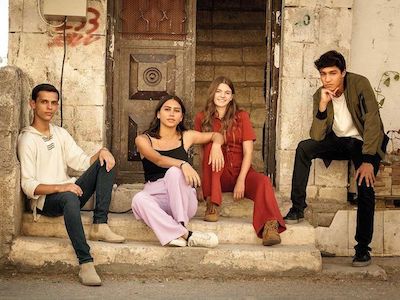 The five-part supernatural teen soap has been accused of failing to portray Jordanian morals, and for containing “lewd scenes”.

Set in modern Amman and ancient Petra, Jinn follows a group of Arab teenagers as their friendships and budding romances are tested when they unknowingly invite the supernatural forces of jinn into their world.

“There is a wide discrepancy in people’s reactions and comments on Jinn – positive and negative – amongst Jordanians. Some attacked it for its boldness and for crossing some red lines, while others think that it reflects the reality of a certain age group from a certain societal component in Amman. These divergent opinions reflect the diversity of Jordanian society, and it is a positive diversity,” said Jordan’s Royal Film Commission in a Facebook statement.

“Worth noting also that many of those who commented on Jinn haven’t seen it or have only seen excerpts of it, edited in a twisted manner and giving it a different bias.”

However, local reports suggest Jordan’s attorney general is proceeding with an official investigation, after which Jordan’s MPs and government will discuss the controversy.

“The House of Representatives has followed up on reactions to the series Jinn, which was rejected by a large number of Jordanian people due to scenes that were described as alien to our culture, faith and social traditions,” the joint parliamentary-government education committee told local media.

Responding to the criticism, Netflix said: “Jinn seeks to portray the issues young Arabs face as they come of age, including love, bullying and more. We understand that some viewers may find it provocative but we believe that it will resonate with teens across the Middle East and around the world.”

The head of the RFC, Prince Ali Bin Al Hussein, said in a tweet: “We have to respect the diversity in families and behaviours, and wished the same stamina that has been dedicated to controversy for a fictional show given to real issues facing the country. Let us respect people and their differences as Jordan is tolerant to all beliefs and groups and their peaceful lifestyles.”

The global streaming giant has released Jinn in 190 countries in seven languages including French, Hindi and Portuguese. It can also be subtitled in a further 20 languages.

A second series to be set in Jordan was unveiled by Netflix in April.
Tweet