Football governing body calls on Arabsat to end beoutQ broadcasts | Security | News | Rapid TV News
By continuing to use this site you consent to the use of cookies on your device as described in our privacy policy unless you have disabled them. You can change your cookie settings at any time but parts of our site will not function correctly without them. [Close]

In the latest twist of the battle against Saudi pirate operation beoutQ, world football governing body FIFA has implored Arabsat to cease what it says are illegal transmissions of the Women’s World Cup from the Saudi Arabian operator’s satellites. 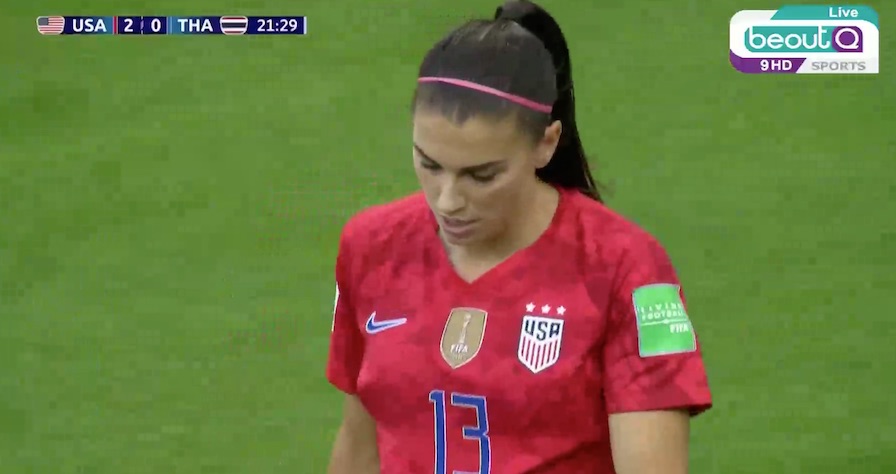 FIFA’s plea comes days after Arabsat was identified by the President of the Tribunal de Grande Instance de Paris in France in a French court of law as the distributor of the Saudi-based beoutQ service.

The ruling came as part of case brought by Qatar-based broadcaster beIN Media Group, owner of the MENA regional rights to show FIFA tournaments, in which it was alleged that every single game so far of the FIFA Women’s World Cup 2019 in France has been illegally shown on beoutQ and distributed by Arabsat. As part of its ruling on 13 June 2019, the Tribunal de Grande Instance de Paris noted historic piracy and said: “beoutQ channels were available on 18 June and 24 June 2018 on frequency 11919 MHz H and frequency 12207 MHz V via the Badr-4 satellite, operated by Arabsat...It also appears from Arabsat's own website that its Badr-4 satellite covers the MENA region and according to the footprint shown in the diagram of the site, its coverage also extends to parts of Europe, including the far south of France.”

Arabsat has consistently denied any involvement with the pirate firm. Replying to the accusations, Arabsat said that it welcomed the 13 June 13 ruling issued by the President of Tribunal de Grande Instance de Paris on what it alleged as ‘false allegations’ made by beIN SPORTS, specifically rebutting that it was connected to beoutQ, describing beIN’s claims as ‘bogus’ and ‘misleading’ and accused beIN of having “leaked false information” regarding the French court’s ruling.

The operator said: “Arabsat greatly values and respects the integrity of the French judiciary, which has skilfully and professionally addressed the allegations of Qatar’s Al Jazeera subsidiary, beIN SPORTS. The judiciary’s ruling rejected all allegations made by beIN against Arabsat, confirming Arabsat’s valid position regarding all the accusations and defamation attempts led by Qatar’s media group, which sought to link our organisation to the dubious beoutQ piracy.”

Without out specifically naming any such organisations, Arabsat added that it hoped that international sports federations would not “drift behind defamation attempts and misleading campaigns” led by beIN. In addition, the satellite operator warned that it reserved the right to take legal action against beIN, its executives, and all parties involved in spreading false news regarding the ruling.