LGBT video service GagaOOLala launches in India | VOD | News | Rapid TV News
By continuing to use this site you consent to the use of cookies on your device as described in our privacy policy unless you have disabled them. You can change your cookie settings at any time but parts of our site will not function correctly without them. [Close]

Asian LGBT film streaming platform GagaOOLala is launching in the eight territories of South Asia, starting with India this month. 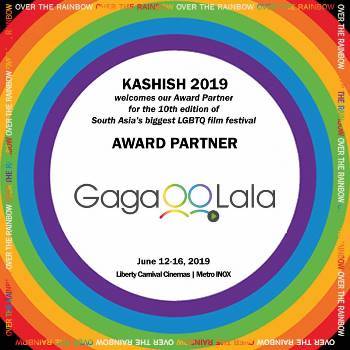 The over-the-top (OTT) service has selected 377 LGBT titles to initially offer in India in celebration of the repeal, in September 2018, of the law that banned homosexual acts in the country.

Taiwanese platform GagaOOLala will feature exclusive queer content never distributed in India before, including the recent Taiwanese gay/lesbian family drama Bao Bao; last year’s Thai entry for the Academy Awards Malila: The Farewell Flower; Filipino transgender drama, Those Long Haired Nights; exclusive short films from filmmakers from around the world; classic series such as Queer as Folk; and new content such as French LGBT-activist series Les Engagés and the first Singaporean gay series People Like Us.

GagaOOLala has a growing slate of original content and, this year, will produce its first original in India as part of the new season of Queer Asia. Following episode shoots in five other countries in the region, the docu-series Queer Asia will explore the uniqueness of LGBT culture in India and its stories.To bring the project to life, GagaOOLala is looking to collaborate with local producers, filmmakers and creators.

Kashish Mumbai International Queer Film Festival has also recently signed a three year collaboration agreement with GagaOOLala. The Taiwanese platform will sponsor the Best International Short Film Award as well as offering a distribution deal to each year’s winner. A selection of the best short Indian films screened at Kashish will also be available on GagaOOLala across Asia.

“India is changing rapidly. What seemed impossible one year ago is now a reality, thanks to events like this film festival and the people behind it. For almost a decade KASHISH has brought the best local and international LGBT films to the cinemas of Mumbai building up an amazing community. Through this partnership, GagaOOLala wants to bring these diverse stories to the rest of India and Asia, to places where queer film festivals are still unthinkable,” said GagaOOLala founder Jay Lin.

“We are also looking for local film projects to collaborate with, projects where to combine creative elements from South and Southeast Asia and distribute globally.”

The platform is one of the five members of the Marriage Equality Coalition Taiwan, a lobby that has pushed for same-sex marriage rights in the island for years. On 17 May, Taiwan became the first country in Asia to pass the same-sex marriage bill. Now, GagaOOLala looks forward to spreading the strength of the Taiwanese LGBT community, and help push for more equal rights in India and in the rest of Asia through the power of the stories in its films.

The LGBT OTT platform currently offers two types of memberships: a free but limited one, and an unlimited VIP membership for INR390.
Tweet