Showmax adds live sports to VOD service | Programming | News | Rapid TV News
By continuing to use this site you consent to the use of cookies on your device as described in our privacy policy unless you have disabled them. You can change your cookie settings at any time but parts of our site will not function correctly without them. [Close]

MultiChoice’s streaming platform Showmax is adding live and pre-recorded sports content to its on-demand entertainment mix in South Africa, without any additional charge for subscribers. 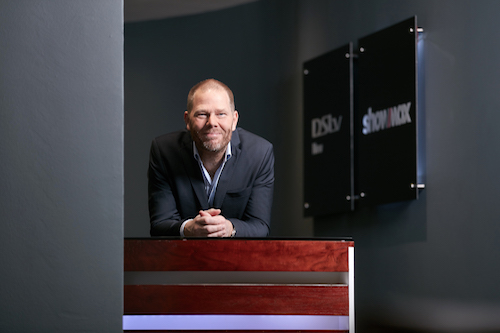 “Adding sport to Showmax is something fundamentally new for us and it’s a big deal. We’re preparing for a future when uncapped data is affordable to all in Africa and video on demand becomes the norm,” said Niclas Ekdahl, CEO of MultiChoice’s Connected Video division.

“We’ve been delivering TV series and movies for almost four years and continue to see strong growth in usage. Sport is the obvious next target and the only way to do that properly is to be able to stream it live,” he added.

The new sport section features extended highlights from major sports events, and the following magazine shows, which will be available both live and to catch up later.

“We’re going to trial a bunch of different sport content while keeping Showmax at the R99 price point, and see how our customers interact with the service. We’ll be ramping up our live game offerings with everything from selected matches from the best football leagues in Europe to streaming a wide variety of varsity and school sports,” said Ekdahl.

The new sport section is available on most Showmax apps and platforms except for Apple TV, Xbox and Playstation.

In South Africa, Showmax remains priced at ZAR 99 per month, or ZAR49 per month for Multichoice’s DStv Compact and Compact Plus subscribers. DStv Premium subscribers receive the streaming service without extra charge.