USA women’s World Cup match breaks all records for Hispanic TV ratings | Ratings/Measurement | News | Rapid TV News
By continuing to use this site you consent to the use of cookies on your device as described in our privacy policy unless you have disabled them. You can change your cookie settings at any time but parts of our site will not function correctly without them. [Close] 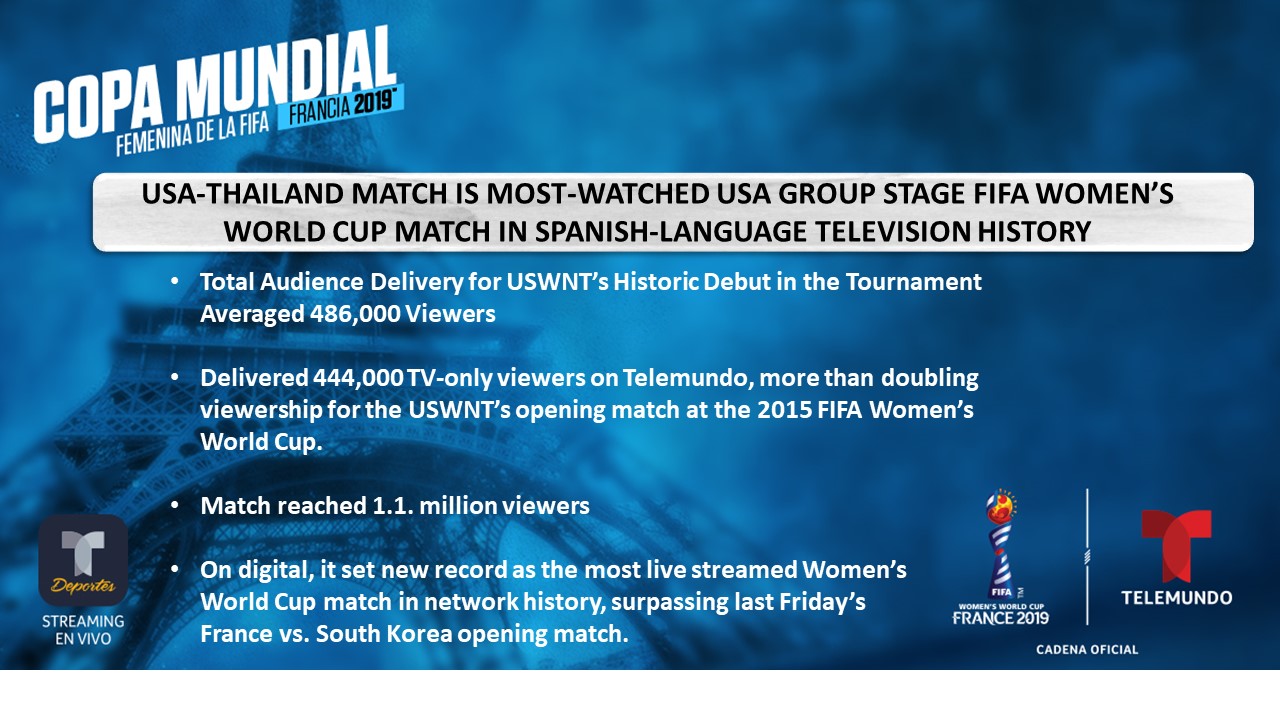 The United States-Thailand game averaged a total audience delivery of 486,000 viewers, according to fast national data from Nielsen, and digital data from Adobe Analytics.

The record-setting 13-0 rout by the US Women’s National Team delivered 444,000 TV-only viewers on Telemundo, more than doubling viewership for the USWNT’s opening match at the 2015 FIFA Women’s World Cup (203,000 for USA-Australia on Universo). The game reached 1.1 million viewers.