Gusto TV launches on Samsung smart TVs | OTT | News | Rapid TV News
By continuing to use this site you consent to the use of cookies on your device as described in our privacy policy unless you have disabled them. You can change your cookie settings at any time but parts of our site will not function correctly without them. [Close]

Food-focussed channel Gusto TV has launched on TV Plus, a digital entertainment app offered on Samsung televisions in the US. 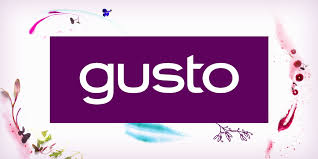 Gusto TV is now available as a subscription-free linear channel for hungry viewers who own a Samsung smart TV. This will be the sixth US-based digital platform that Gusto TV has launched on within the last year. Recently, Gusto TV launched on several US OTT platforms, including STIRR, Pluto TV, XUMO, DistroTV and VEMOX.

TV Plus offers a variety of channels and films through its app, available on 2016 to 2019 Samsung models. Series include One World Kitchen, The Urban Vegetarian, Spencer’s BIG 30, Flour Power, The Latin Kitchen and Crate to Plate.

“Gusto TV is becoming a US streaming disrupter. This is our first smart-TV deal and we’re launching with the largest producer of televisions in North America,” said Chris Knight, president and CEO of Gusto Worldwide Media. “This is an exciting new way to bring Gusto content to the consumer.”
Tweet